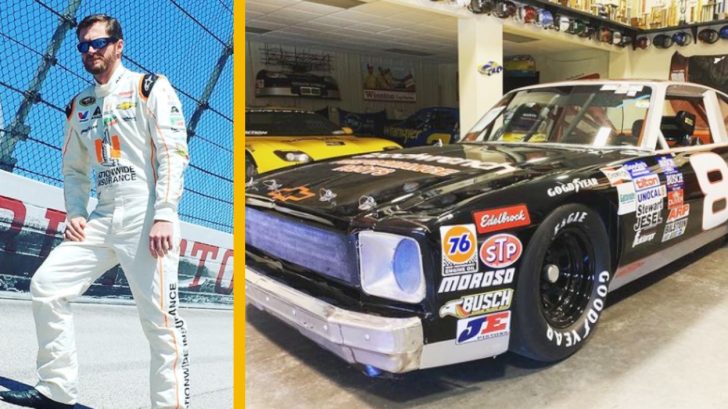 Retired NASCAR driver Dale Earnhardt Jr. recently had the unique opportunity to purchase his late father’s 1984 Goodwrench black No. 8 car at an auction.

The Pontiac Ventura, which saw six victories with Earnhardt Sr. behind the wheel, was very special to Earnhardt Jr. Not only was the race car a connection to his father, but Earnhardt had childhood memories of the vehicle. Earnhardt Jr. knew that he wanted to purchase his father’s car; however, he feared that the Pontiac might not be authentic.

Earnhardt Jr.’s uncle, Robert Gee Jr., stated that he believed the car at auction was real, but Earnhardt Jr. was unconvinced. Ultimately, Earnhardt Jr. decided to take a chance, and he purchased the vehicle for $190,000. Still, Earnhardt Jr. struggled to authenticate the car.

In his podcast, Dale Jr. Download, the former racer recalled all the ways he tested the car to prove he had purchased his father’s Pontiac and not a fake. In the end, Earnhardt Jr. admitted that the victory was in a pair of uneven drill holes in the driver’s door, which were visible in an old photograph in 1986.

Watch Earnhardt Jr. recall the touching story in the video below.

For more on Earnhardt Jr.’s relationship with his father, check out the next video.