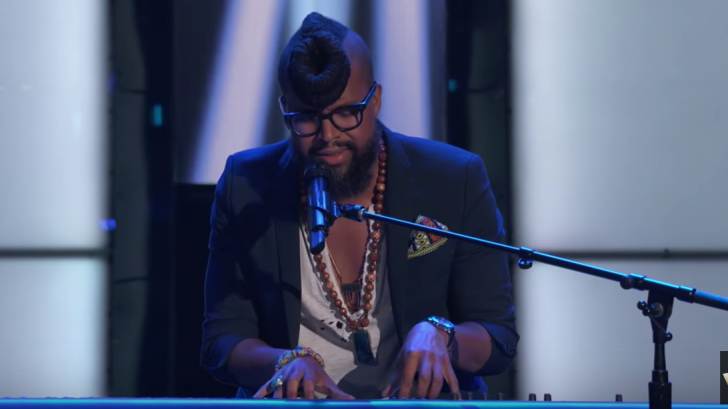 Season 14’s Blind Auditions continued on NBC’s The Voice on Tuesday night (March 6) with coaches Alicia Keys, Kelly Clarkson, Blake Shelton and Adam Levine all fighting to fill in the remaining slot on their teams with the most talented artists in the competition.

The last artist of the night was Terrence Cunningham, the grandson of Etta Baker, the contestant performing a reconstructed take on The Temptations’ “My Girl.” Within the first 30 seconds, Cunningham secured a four-chair turn effortlessly.

“I think we’re all a little speechless right now, at any point of The Voice,” complimented Blake Shelton. “What a creative, awesome moment.”

After asked my coach Alicia Keys on why he chose to sing “My Girl,” Cunningham revealed his daughter to be the inspiration. While each coach fought tirelessly to sway the vocalist, Keys came out victorious.

You can watch Cunningham’s audition below.