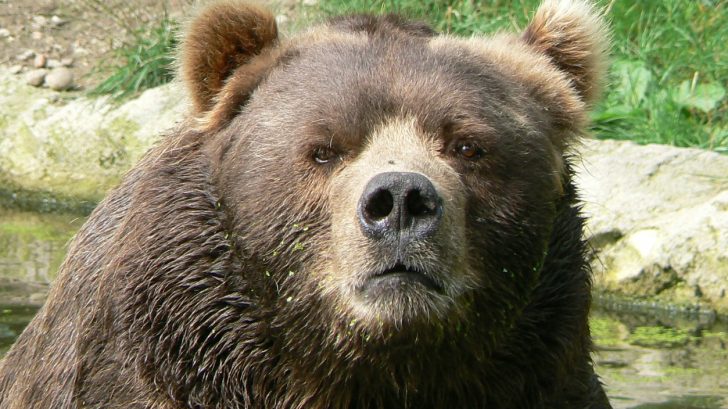 According to local officials in Cantwell, Alaska, a man was riding his bicycle along a Jack River’s riverbed on Tuesday at approximately 9:30am when he was chased and mauled by a brown bear.

The Cantwell resident told police that he spotted the bear running towards him from about 45 feet away and decided to get off of his bike and start yelling at the bear.

The Alaska Department of Public Safety report said, “Just prior to the bear making contact, the victim fell to the ground and onto his back, covered his head and believes he kicked at the bear.”

The report said that the bear bit the man on his lower right leg just below his knee and then immediately retreated into the vegetation, the same way it came.

“After the bear left the area, he walked to the highway and called a friend for a ride,” the report said.

When the victim’s friend arrived they drove directly to the Healy Medical Clinic to treat the puncture wounds and lacerations to his leg.

“The victim stated he did not notice anything out of the ordinary prior to the mauling but did say he noticed bear tracks in the snow. He believes the bear was alone and approximates the bear’s weight at 500lbs,” the report said.

He told police that he had a gun on him during the time of the attack but did not use it. Police filed a report on the incident and said that no further investigation is required.

To see other unbelievable bear attacks and interactions caught on camera, check out the video below!