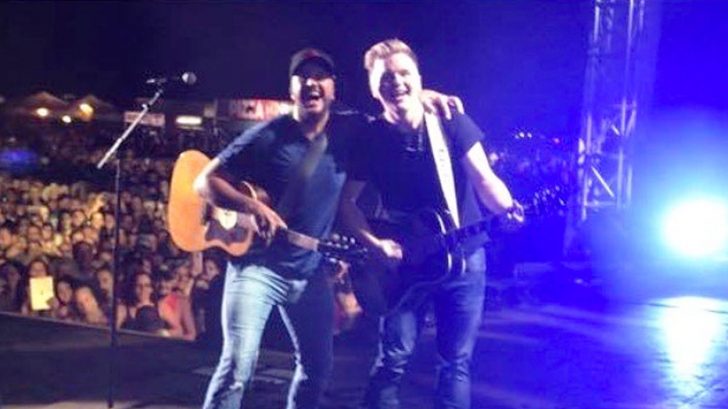 It was just earlier this year that 19-year-old Caleb Lee Hutchinson was the runner-up on the sixteenth season of American Idol. During his audition, all three judges Katy Perry, Luke Bryan, and Lionel Richie voted “yes” for him to continue on. From there, his entire world changed. Not only did Hutchinson meet his girlfriend, who also holds the title as the season’s winner, Maddie Poppe but he also lost 70 lbs in the making. It was no doubt that it was a tight call between the two winners but ultimately Hutchinson had a different path.

The American Idol runner-up has quite the deep country twang. He’s covered artists such as Randy Travis, Johnny Cash, and Eric Church. During his competition season, he even got to perform a collab with Darius Rucker. His vocal range has set him up to fit in almost perfectly within the world of country music. Apparently, Luke Bryan agrees too.

Country music star Luke Bryan is one to be known for his distinct twang. A fan favorite was his hit 2009 single, “We Rode In Trucks”. The song tells the story of appreciating your hometown roots no matter where you go. During his Farm Tour this past weekend, Bryan pleased the audience by playing this famous tune; but with a twist. The “Play It Again” singer brought out Hutchinson for a duet.

As the crowd loudly sang along, Hutchinson confidently took over the stage. Bryan even handed off the second verse to Hutchinson for him to sing solo. Both of the singers’ vocals paired perfectly together without hesitation. As Bryan applauded the young talent, the audience wasn’t far behind with their endless support. To finish off the duet, the two played the guitar solo back to back.

This is one duet you won’t want to miss!