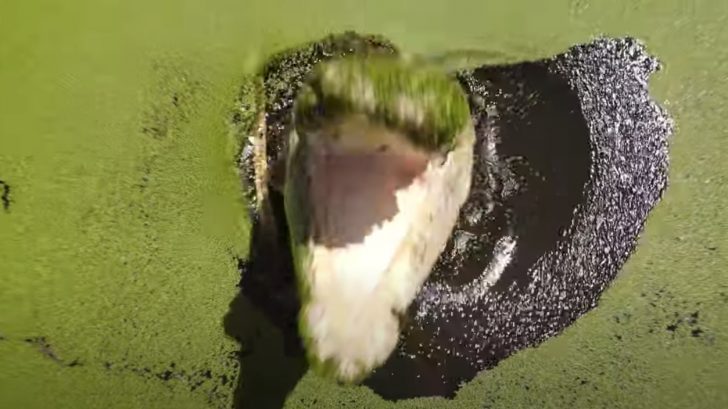 Johani Mamid brought his drone out to Malcolm Douglas Crocodile Park in Broome, Western Australia to film the crocodiles when he captured footage of one trying to jump out of the water and attack his drone.

“I was pretty confident the crocodiles weren’t going to get the drone but that was a risk I was willing to take,” Johani told Daily Mail.

Johani is a crocodile feeder and tour guide at the park and regularly spends time at the park. He said that he was actually surprised to see the crocodiles act so aggressively towards his drone.

The footage showed the drone flying over the main lake in the park and spotting a few crocodiles. As it lowered down to the water to get a better view of the reptiles, the algae on the lake began to swirl and move out of the way of one of the curious crocodiles.

“We definitely do fear them because of the level of respect we have for them. They have the strongest bite force out of any animal in the world,” Johani added.

There were a few times the drone was so close to the water that the crocodile thought he had a chance at snatching it and repeatedly tried to lunge out of the water towards it. Johani shared the footage on their YouTube channel, Mabu Buru Lifestyle. Take a look at the footage below.