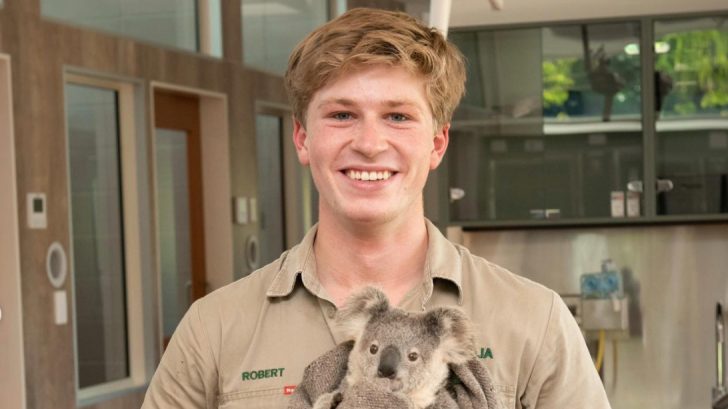 The return of Dancing With The Stars is right around the corner, and with the dancing competition show’s Season 31 premiere will come big changes.

Dancing With The Stars is making a big network move from ABC to the Disney Plus streaming service. In addition, former winner and Fresh Prince of Bel-Air star Alfonso Ribeiro will be joining model Tyra Banks for hosting duties. But, it’s the waiting for the new cast announcement that has us on the edge of our seats.

Rehearsals for season 31 are underway, but the official celebrity cast won’t be revealed until September 8th when an announcement is made on Good Morning America. Several celebrities are rumored to be joining the cast, including Joseph Baena, son of actor and politician Arnold Schwarzenegger, comedian Wayne Brady, and actor Daniel Durant. But, perhaps the celebrity who we’re most hoping make it to the dance floor is Robert Irwin.

Irwin is the son of the late Steve Irwin, best known as the Crocodile Hunter. Robert is also the brother of former Dancing With The Stars winner Bindi Irwin who won the show’s 21st season when she was just 17-years-old.

Robert Irwin, who is also a zookeeper, conservationist and wildlife photographer, told ET earlier this year that he was open to the idea of following in his sister’s footsteps.

“We’ve gotta do that, don’t we?” Robert said of competing on the show. “Yeah, I reckon it’s about time, eh?”

Robert’s mom, Terri, and sister Bindi are 100% in favor of the 18-year-old competing for the coveted mirrorball trophy.

“You know, he just dances up a storm. He does, just look at him!” Bindi joked.

Jokes aside, Robert is willing to give the show a chance, no matter his skill level.

“I’d definitely give it go,” Robert said before telling his sister he could use her help. “I reckon you could give me some tips. I think it’d be a lot of fun.”

We will have to wait until a little while longer to find out for certain if Robert Irwin will be gracing the ballroom floor. Be sure to tune into Good Morning America on September 8th to see the full cast reveal!