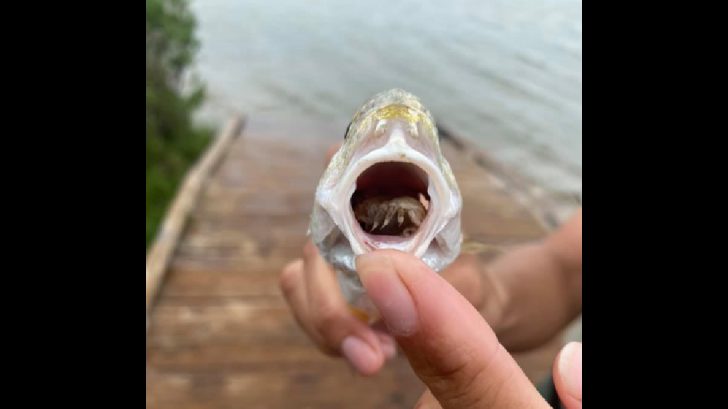 Just in time for Halloween, a spooky creature has been discovered inside the mouth of a fish caught in Texas.

On October 19, Texas Parks and Wildlife Department shared a photo on social media that showed a close up look inside the mouth of an Atlantic Croaker fish caught at Galveston Island. But, upon observation, the fish’s mouth looked far from normal. Instead of a normal tongue, the fish contained a tongue-eating louse.

According to park officials, the parasite detaches the fish’s tongue, attaches itself to the fish’s mouth and becomes its tongue. They added that the parasite then feeds on the fish’s mucus, and it is the only known occurrence in nature where a parasite replaces a host’s organ and functions as such.

The tongue-eating louse enters the fish through the gills, and attaches itself at the base of the fish’s tongue, according to Animal Database. It extracts blood from the tongue, causing it to atrophy from lack of blood supply. It then clings to the stub of what was once the tongue and begins to function as the fish’s new tongue.

As if this creature couldn’t get any more creepy, the fish is able to use the parasite just like a normal tongue. It appears that the parasite does not cause any other damage to the host fish.