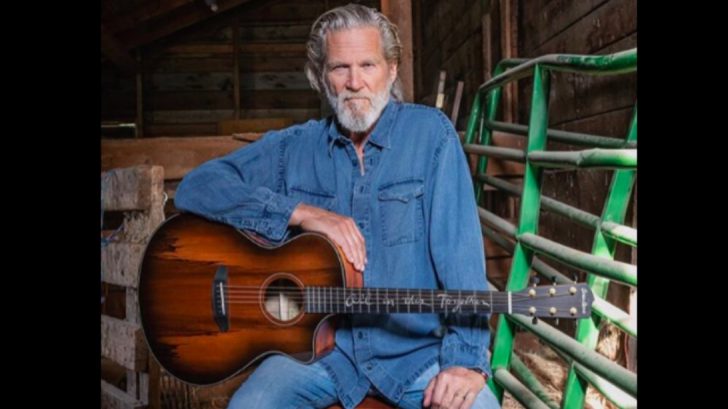 Beloved actor and singer Jeff Bridges announced Monday (October 19) that he has been diagnosed with lymphoma. The Academy Award-winning actor shared the news via Twitter and let his fans know that his prognosis is good.

As the Dude would say.. New S**T has come to light.

I have been diagnosed with Lymphoma. Although it is a serious disease, I feel fortunate that I have a great team of doctors and the prognosis is good.

I’m starting treatment and will keep you posted on my recovery.

Bridges, 70, comes from a prominent acting family that includes his father, Lloyd Bridges (Airplane!, High Noon), and brother, Beau Bridges (Stargate: Atlantis, My Name is Earl). In 2009, Jeff won an Academy Award for his role in Crazy Heart, a movie about “washed up, alcoholic” country singer Otis Blake.

During his acceptance speech he acknowledged his show business-loving parents, saying:

“Thank you mom and dad for turning me on to such a groovy profession,” Bridges said as he held his trophy in the air. “My mom and my dad they loved show biz so much. I remember my mom getting all of us kids to entertain at her parties. My dad sat me on his bed and would teach me all of the basics of acting for a role in Sea Hunt. They loved show biz so much and I feel an extension of them. This [award] is honoring them as much as it is me.”

Crazy Heart also earned him the Golden Globe for Best Actor in a Drama and the Screen Actors Guild Award for Outstanding Performance by a Male Actor in a Leading Role.

A lifelong musician, Bridges did all of his own singing in Crazy Heart. He released his debut album Be Here Soon in 2000. 11 years later he signed a recording contact with Blue Note Records/EMI Music Group and released his second album, a self-titled project, and appeared on Austin City Limits to support its release. Hear Jeff Bridges perform in the clip below.