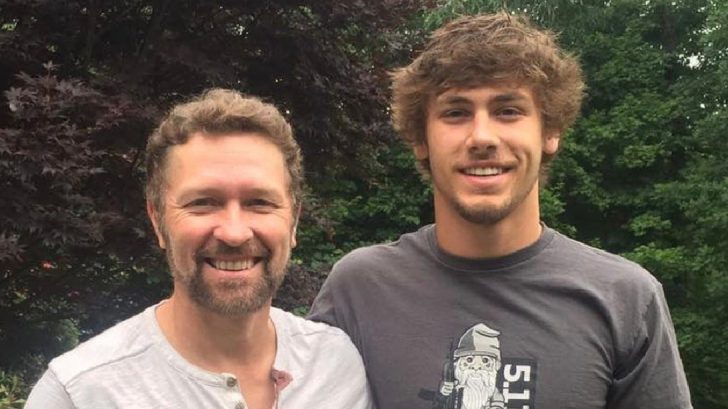 Six years have passed since country singer Craig Morgan and his wife lost their 19-year-old son Jerry in a tragic boating accident on Kentucky Lake in Tennessee. In a recent interview, Morgan shared how he and their family continue to remember and honor Jerry.

“Jerry’s not here, but he is not gone,” Morgan says of the son they buried on their property near the family chapel. “He lives in our hearts and heads and always will.”

Morgan’s wife, Karen, makes it a point to include Jerry in family traditions, including buying him a Christmas ornament every year.

Craig added that their family time is full of laughter and crying, due in part to Karen’s ability to incorporate Jerry into every event and conversation.

The 58-year-old singer said that he feels Jerry’s spirit everywhere, especially in the places where they shared special memories, like the oak trees that he and Jerry planted together.

Craig and Karen have made it a point to be active in the lives of Jerry’s friends who were with him the day he died.

“All of those kids that were on the boat with him, we know them all very well,” he says. “Every one of them come to the cemetery regularly, to the chapel. We talk to them regularly, we keep up with every one of them.”

One of Craig Morgan’s last moments with Jerry was at the Grand Ole Opry when Jerry was home on break from college. Three years after Jerry’s death, Morgan returned to the Opry stage to perform a song he had written for his son, “The Father, My Son, and The Holy Ghost.”

Morgan fought through the emotional lyrics, then left the stage exhausted from his performance. The singer recalled telling Ricky Skaggs that he didn’t know if he could perform that song again. Ricky replied, “You have to sing this song for the rest of your life,” Morgan said.

Morgan wrote in detail about Jerry’s accident as well as his time in the armed forces before becoming a country star in his new memoir. God, Family, Country is scheduled for a September 27th release. Order your copy HERE.

To read an exclusive excerpt from the book where Morgan details the heartbreaking day he lost his son, click HERE.