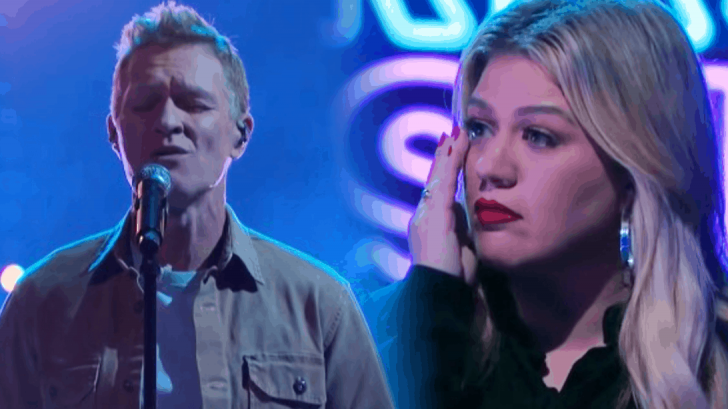 In 2016, country singer Craig Morgan suffered a devastating loss when his son, Jerry, died in a tubing accident on Kentucky Lake in Tennessee. Morgan tuned his grief into a song, but never anticipated how that song would affect so many people.

The song,”The Father, My Son, and The Holy Ghost,” was written by Morgan who was awakened by the inspiration early one morning.

“It woke me up at 3:30 in the morning. I was saying that whole chorus in my head and I sat up and had tears in my eyes. I laid my head back down and thought, ‘Man, there is no way I’m going to remember this. So I need to get up and write it down,’” Morgan told Rolling Stone. He got out of bed and spent four hours writing what was no doubt the most personal song of his career.

“I just cried and wrote and cried and wrote,” he says. “To this day, having done this for 20 years, I don’t see myself as that guy. But it all started pouring out.”

Morgan had no intention of ever performing the song live, but was convinced by his band to sing it at a show in Colorado. Shortly after, he sang it on stage at the Grand Ole Opry. He walked off the hallowed stage in tears, telling himself that he couldn’t sing it in front of an audience ever again. But, someone was waiting for him in the wings that would convince him otherwise.

“Ricky Skaggs was standing there and he put his hands on my shoulders and looked me dead in my eyes and said, ‘You have to sing that song. The world needs to hear it,’” Morgan says.

Morgan then sent the song to Blake Shelton. Shelton had lost a brother in a car accident when he was only 14-years-old and Morgan thought that the songs was something Blake could relate to. Blake, and numerous other country stars, took to social media to throw their support behind “The Father, My Son, and The Holy Ghost.” The push launched Craig Morgan to the top of the iTunes country chart and the all-genre chart.

Along with the chart success of the song came the demand for Craig Morgan to perform the song live. One of the most memorable performances of the song happened on The Kelly Clarkson Show where he sang for Clarkson and Blake Shelton. During the performance, Morgan was visibly shaken as he sang the emotion-filled song. In a new interview with Taste of Country, Morgan revealed that he nearly passed out during that performance.

“I cannot convey how difficult it is,” Morgan said of singing his tribute song about Jerry. “When I did the Kelly Clarkson Show I almost passed out. My knees were weak. I was shaking. My heart…everything in me…because it takes so much energy to maintain my composure while singing this song that is so personal.”

Morgan went on to add that he “made the mistake” of opening his eyes while singing. When he opened his eyes he saw Kelly and Blake crying. “I had to immediately close my eyes. While I was singing I said ‘Oh God, please don’t let me pass out.'”

Watch Craig Morgan’s emotional performance on the Kelly Clarkson Show in the video below.