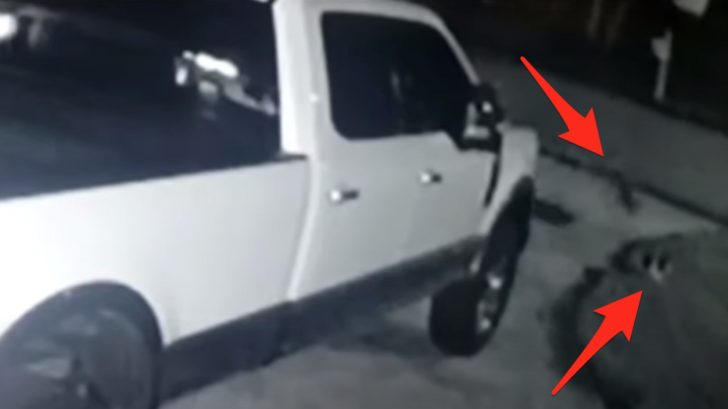 Zoey, a 14-year-old Chihuahua, was snatched up by a coyote in the front yard after her family let her out to use the bathroom in the middle of the night.

“We let our dog out to go to the bathroom before we go to bed like we usually do. She walked out literally 20 feet from the garage, and she was in the grass,” Leah Cornell explained to FOX13.

Leah’s husband was just feet away from Zoey and he couldn’t even save her from the cunning coyote sneaking through the shadows of the night. They were only outside for a few minutes before the terrible incident occurred. Leah’s husband ran after the coyote who took off with Zoey in its mouth three blocks down the street from the family’s house.

“The coyote was hearing my husband yell, and got spooked. It dropped my dog, and my husband picked it up. I wanted people to see how unexpected things like this could happen, I want people to be aware,” Leah told FOX13.

Zoey was brought to the animal clinic in attempts to save her but she didn’t survive her injuries.

Coyotes are common in the state of Florida and in most of its counties. They can live in rural, and urban places. They will definitely target smaller animals like cats or dogs, so if you live in coyote territory make sure you keep an eye on your pets when their outside.

“Most coyote attacks on pets occur either at night or in the early evening or morning hours (dusk and dawn). To protect your pets, do not allow them to roam freely. Walk small dogs on a short leash that is less than six feet, especially at night, dusk or dawn. Be extra careful if you are going to walk your pet in wooded areas,” Florida Fish and Wildlife Conservation Commission recommends for pet safety.

Below Is Another Video Of A Coyote Snatching Up A Pet

Home surveillance video captured a coyote who snatched a dog named Brodie from a yard in Massachusetts. The dog was found safe after the family spent hours searching.A shock from the family's invisible fence could be to thank for scaring off the coyote. https://abcn.ws/38DtZWx