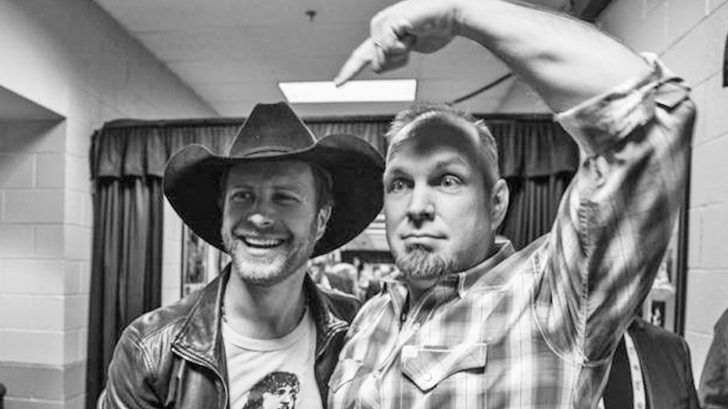 There is rarely a dull moment in the country music world… especially when a handful of artists go on tour around the same time. From Kelly Clarkson surprising fans with Miranda Lambert covers to Blake Shelton being awestruck by his own opening guests, life on the road just seems more fun. Thankfully,  we don’t have to buy a ticket to catch all the action, they’re bringing it to us.

Country music heartthrob, Dierks Bentley kicked off his 2019 Burning Man Tour in January. Since the opening night, he has been giving fans the time of their lives, but one show really got the crowd going. At his Feb. 16, Reno, Nev. show, Bentley gave the concert-goers a surprise that he didn’t even see coming.

A Trip Down Memory Lane

Bentley was standing on stage when a fan threw their cowboy hat in his direction. Following the kind gesture, Bentley put on the hat and continued talking about his life growing up in Arizona. Reminiscing on the days of riding horses and wearing cowboy hats, he mentioned the time he went to see Garth Brooks at age 17. Then… his band began playing Brooks’ “Friends In Low Places” and the rest was history.

Bentley’s deep vocals quickly serenaded the audience as he guided them throughout the broken heart anthem. The crowd went wild with excitement hearing the star crush this classic Brooks tune!

Following his performance, he threw the hat back to its original owner, making sure everyone left with a smile on their faces.

Fair warning: you won’t be able to stop watching this video.

Check out Dierks Bentley singing “Friends In Low Places” below!

so this happened tonight…. someone threw me a hat and I proceeded to talk about growing up in Arizona, occasionally riding horses and wearing a cowboy hat when I went to see Garth Brooks at 17. The guys started playing a little bit of friends in low places and I took the bait… #burningmantour