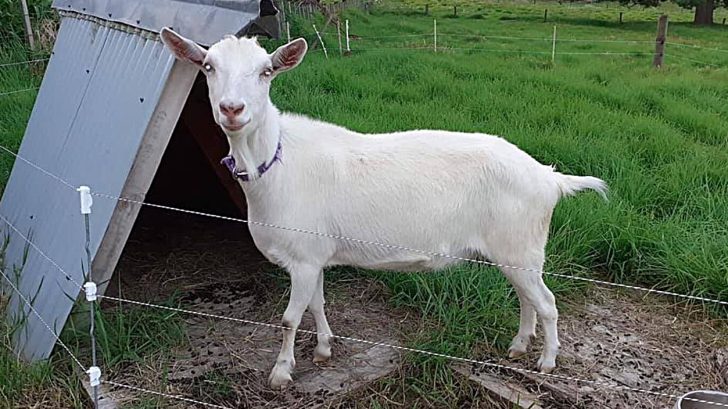 At the Maungaturoto Hotel in Northland, New Zealand lived a cow named Bunter who used to share a pen with another cow named Rosie. Unfortunately, Rosie passed away a few months ago and ever since Bunter has been an emotional mess.

Posted by Maungaturoto – Heart of the Kaipara on Friday, December 13, 2019

He became noticeably depressed and lethargic and the hotel owner Joe Robin wanted to do something to help bring the cow’s energy back to life. He heard about therapy goats who shared pens with cows to make them happy so he went out and got a goat named Peaches and put her in the pen. It worked like magic.

“As soon as Peaches arrived in the paddock, Bunter was a different cow, running around everywhere.” Joe told Newshub NZ.

The moment Peaches stepped into the pen all the depression left Bunter. However, it wasn’t long that Peaches disappeared and Bunter fell back into a heavy depression. Joe believes she was stolen because the fence wire had been cut. The community searched for the goat with no luck – that is until they spotted a herd of goats in a neighboring property and noticed one of them looked a lot like Peaches.

“We watch a lot of CI (Crime + Investigation), so we did our own investigating,” Joe said.

They called the police to investigate further and when the authorities showed up to the property owner’s house he said that he allegedly purchased the goat at a market. The police decided not to press charges on the man, however, they did take Peaches back to the hotel.

Once Peaches got back in the pen with Bunter, he was instantly more lively, jumping around the pen and sticking to Peaches like glue. They even tried to share the same sleeping kennel together but they couldn’t fit. Joe’s just happy to have Peaches back because she truly does provide therapy for Bunter.

➡️ HAVE WE GOAT A STORY FOR YOU:Recently we investigated a burglary at a Maungaturoto property after someone got the…