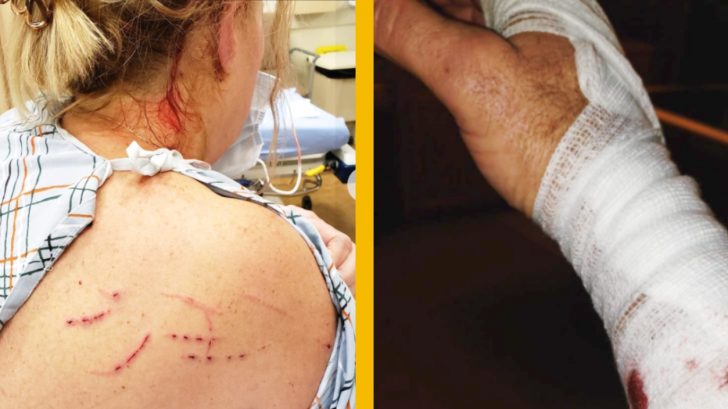 Two people are recovering after being ruthlessly attacked by a bobcat at their own home in Southbury, Connecticut.

Environmental officials explained that the bobcat was initially in pursuit of a couple’s pet dog. The feline attacked the dog, who retreated home with minor injuries. The pet sought shelter in his owner’s garage, and the bobcat followed the dog inside.

In the garage, the bobcat attacked the pet’s female owner. The woman’s husband told Fox 61 that he heard his pet fighting with another animal, but the man assumed that the intruder was a skunk due to the smell. Unfortunately, the man could not react in time to keep him and his wife entirely out of harm’s way, but the husband did manage to save the day. The man battled with the bobcat, threw it to the ground, and defended himself with fireplace log. The bobcat later died of its injuries.

A physical encounter with a bobcat is very rare; however, the animal tested positive for rabies, explaining the violent incident.

After the attack, the couple sought medical attention. Both parties received treatment for rabies. The woman also suffered injuries to her shoulders and head.

Watch the video below for details on the attack. Please note, that some images may be graphic.