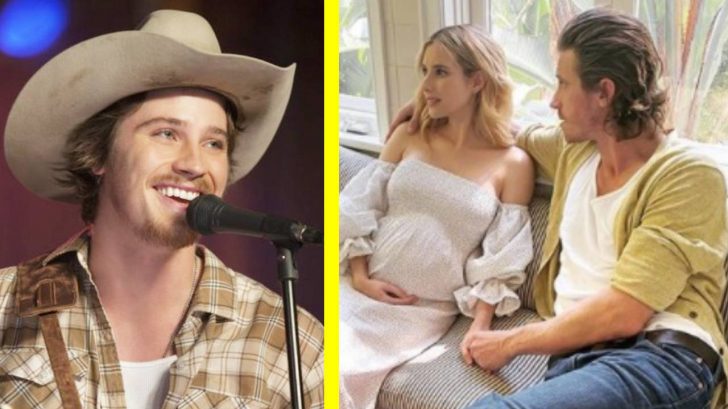 In 2010, the Gwyneth Paltrow and Tim McGraw-helmed film Country Strong was released.

Meester and Hedlund’s characters initially despised each other, but formed a bond while opening for Kelly Canter on her three-city comeback tour. Together, they performed the song “Give In To Me” in the movie, and it was recorded by Faith Hill for the soundtrack.

Ten years after this fan favorite country movie was released, Hedlund will be taking on his newest role – dad! He and his girlfriend, Emma Roberts, announced on Instagram on August 30 that they are expecting a baby boy!

“Me…and my two favorite guys ??,” Roberts, the daughter of actor Eric Roberts and niece of Julia Roberts, captioned the series of photos showing off her baby bump.

Happy Birthday Aunt @juliaroberts ? you are the queen! I love you ??❤️

The first photo, she sat solo, but Hedlund joined her, looking at her lovingly in one, and laughing in the next. Check out the photos below, and make sure to swipe through to see them all.

Congratulations to Garrett and Emma!