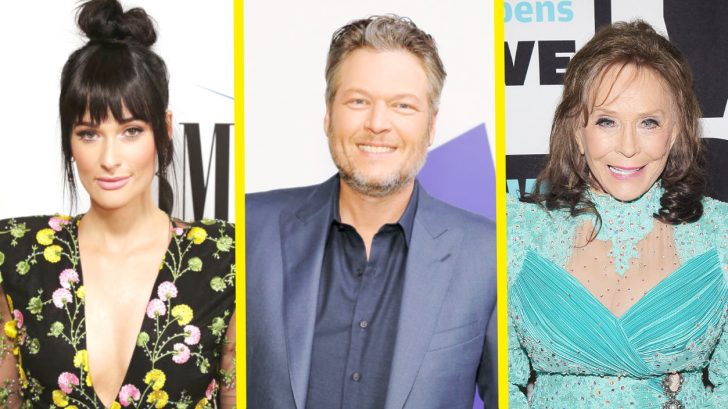 The Grammys Do Country Stars Right This Time

Last year, the Grammys came under fire for shutting country artists and their work out of the four major categories at its 2018 ceremony.

Not a single country singer, song, or album was nominated for the year’s biggest awards: Record of the Year, Album of the Year, Song of the Year, or Best New Artist.

#HotTake: with the #GRAMMYs focus on hip hop, rap and pop, all other genres (alt, indie, rock, country, etc.) get completely snubbed. I get it’s a show that needs viewership, but jeez none of my favorite artists ever get love here.

So when the nominees for the 2019 Grammys were revealed on Friday morning (December 7), country fans waited with bated breath to see if their favorite artists would be shut out of the top categories yet again.

Well you can breathe a sigh of relief, because country and Americana music earned some strong representation in those categories this year!

The Big Category Nominees Are…

In the Record of the Year category, Brandi Carlile is up for her single “The Joke.” If she wins, the trophy will also be awarded to the song’s producers, Dave Cobb and Shooter Jennings.

Two country/Americana stars walked away with Album of the Year nods: Carlile for By the Way, I Forgive You, and Kacey Musgraves for Golden Hour, which was already awarded the CMA Award for Album of the Year in November.

As For The Country Categories…

If you think all of that is exciting, hold on to your seats, because those were just the general categories!

There are also four country-specific categories, and there are some surprise nominations to be found in that batch. For example, country music legend Loretta Lynn earned a nod for Best Country Solo Performance for “Wouldn’t It Be Great?”

The song is a meaningful one to Lynn, since she sang it to her husband shortly before he passed away.

Another pleasant surprise is to see Blake Shelton get a little love for his hit single “I Lived It,” which is nominated for Best Country Song. The award is issued to songwriters, so if “I Lived It” wins, the trophy will be given to its writers Rhett Akins, Ross Copperman, Ashley Gorley, and Ben Hayslip.

In Womack’s case, she’s up for two awards: Best American Roots Song for “All The Trouble” and Best Americana Album for The Lonely, The Lonesome, & The Gone.

It’s humbling waking up hearing that you’ve been nominated for two #GRAMMYs. It’s one of those things that just never gets old… from the bottom of my heart, thank you. ?

“It’s humbling waking up hearing that you’ve been nominated for two #Grammys,” Womack wrote on Instagram. “It’s one of those things that just never gets old…”

We bet a lot of artists are feeling the same way as they learn the news of their nominations!

Want to see how your favorite country artists fared when it came to Grammy nods this year? Check out all of the nominees in the country-specific categories below. If you’d like to see the full list of nominees, look here.

A huge congratulations to everyone who was nominated!