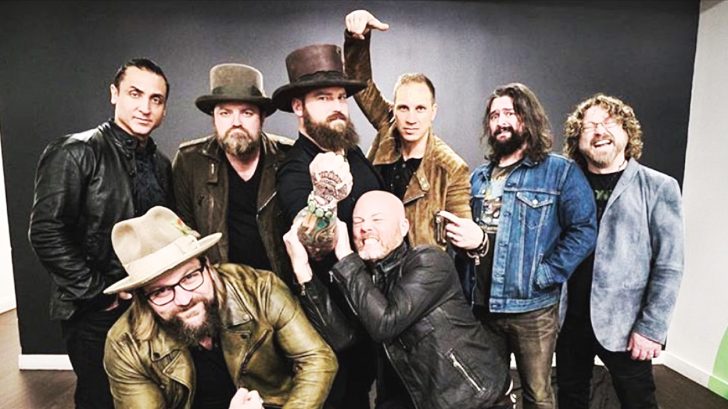 Zac Brown Band is known for its over-the-top stage performances but one of the bandmates just proved that same attitude has been passed down to his kids. In a recent social media post, bassist Matt Mangano showed off his kids’ Halloween costumes – and one of them went all out on his very presidential look.

All His Kids Dressed Up

While his oldest son, Elliot’s president ensemble is epic in itself, the rest of the family is sure to bring a smile to your face with their adorable Halloween costumes. Mangano’s middle child was ready to defend the world in her Spiderman suit.

Even his tiniest tot got into the Halloween spirit. Not even one year old, his youngest baby, Mason was all smiles in his pumpkin costume.

His oldest child decided to go the historic route and dress up as a famous U.S. President. Think you can guess who he is? We’ll give you a hint…he was a cowboy in Dakota during the 1800s.

Mangano’s mini-politician was dressed up as none other than 26th U.S. president, Theodore Roosevelt. And with Roosevelt’s history, it is no wonder the country star’s kid decided to dress up like him.

Roosevelt spent a good chunk of time out in the west as a cowboy and Badlands hunter in 1885 – earning him the respect of many authentic local folk.

Along with his bandmates and Shawn Mendes, Mangano recently performed the band’s hit song “Colder Weather.” Inspired by rambling men and gypsy souls – the song touches on lifestyles similar to truckers and cowboys. You can watch their emotion-filled performance in the video below.