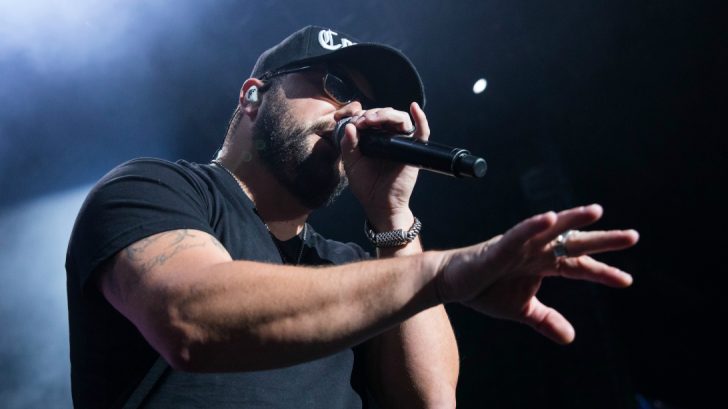 Things get rough for country artists on the road, but for one of the industries hottest young talents things got a little rougher than usual during a recent tour stop.

Tyler Farr is one of Nashville’s greatest new talents, thanks to the success of his first two albums from which he charted eight singles on the Billboard Hot Country Songs and Country Airplay charts. But, despite his success, he’s not always recognized when in public…or at one of his own concerts, apparently.

During a recent festival performance in Duluth, Minnesota, Farr was sent to the emergency room after being tackled by a burly security guard who mistook him for a stage-storming fan.

Farr recounted the incident to Taste of Country, saying, “After we were closing the show….I jumped off stage and have for years. I’m going around high-five-ing people…” Farr said adding that he was in the nosebleed section and was running back, hurdling guardrails as he went, when a guard tackled him after he cleared the last hurdle.

The “A Guy Walks Into A Bar” singer suffered a sprained ankle, a “big thump on the head and took a trip to the ER following the incident, but now he’s “good to go.”

Hear Tyler Farr talk about the case of mistaken identity in the video below.