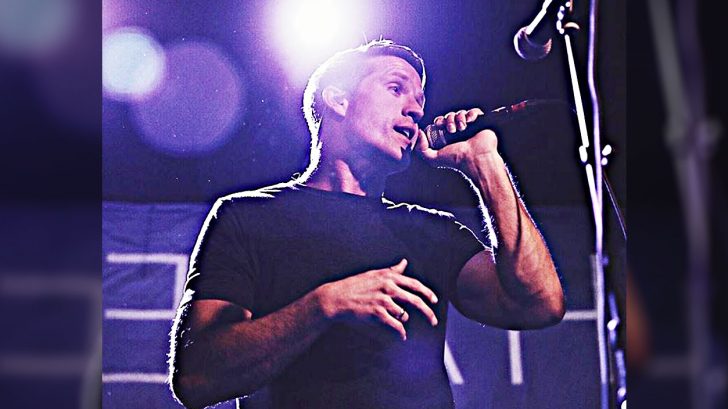 Just hours before he was set to perform at the 2018 CMT Music Awards in Nashville, this rising country star suffered the unimaginable loss of a child shortly after she had been born.

Country music star Walker Hayes and his wife Laney are the proud parents of six beautiful children and they had prepared to welcome a seventh to their family. It was to be a joyous moment for the couple and a great blessing for the whole family.

Hayes and his wife had a due date of June 8th, 2018 – just two days after his scheduled performance at the CMT Music Awards. Unfortunately, due to unknown circumstances, Laney gave birth on the morning of June 6th, and their newborn baby girl passed away just shortly after.

“It is with great sadness that Laney and I share with you the news that our sweet Oakleigh Klover Hayes was born this morning at the hospital and now is safely in heaven. Thank you for honoring our privacy as we grieve,” he wrote in a statement on Instagram.

Following the passing of his newborn baby girl, Oakleigh Klover, Hayes took a break from performing and worked on healing during that time with his family – all of whom are heartbroken over the devastating loss.

Speaking to People Magazine in a brand new interview, Hayes and his wife Laney open up about the tragic circumstances surrounding the death of their baby girl – and how it almost cost Laney her life as well.

“I just waited,” he explained, recalling the terrifying ordeal. “I really just hoped that this wasn’t going to be the worst day of my life, even though it kind of already was.”

This heartbreaking day for the family started in the early morning when Laney entered labor – and she began to have some deeply-troubling symptoms. The baby’s heartbeat had faded away and the midwife couldn’t find it again, then Laney started to feel a constant contraction.

“Oakleigh was in my abdominal cavity, and that’s what all the pressure was,” she recalls. “But we didn’t know that then, obviously.”

The midwife called 911 immediately and the couple was rushed to the hospital in the midst of trying to deliver their baby girl. After arriving at the hospital, doctors uncovered the problem – a rare and devastating medical issue that claimed their newborn’s life and almost took Laney’s as well.

The attending obstetrician said the event looked like “just an explosion” and it was due to a rupture of Laney’s uterus caused by a rare weakness in the uterine wall.

Rushed into emergency surgery, Laney says she “remember[s] going to sleep hoping the baby was okay.”

Thank you @zanependergast_tattoo for this. It is perfect.

Laney was in surgery for almost two full hours and underwent a seemingly-endless number of blood transfusions just to keep her stable. Doctors soon discovered that due to the uterine rupture, baby Oakleigh had been deprived of blood and suffocated as a result – but Laney’s life was also on the line.

Fortunately, Laney made it through the surgery, but it was Hayes who had to explain the heartbreaking news to his wife after she awoke from the anesthesia. Compounding the devastation of the situation that day was the revelation that due to the rupture, Laney can no longer have children.

“I lost my last baby, and now I’m done?” she said thinking back to that day. “That’s hard.”

While this entire situation is devastating for them and their family, they have expressed their deep gratitude for the immense outpouring of support from the music community, their fans, friends, and even a stranger who helped counsel them after they had gone through the same thing a few years prior.

Our thoughts and prayers are with Walker and Laney Hayes as they work to heal from this terrible loss.