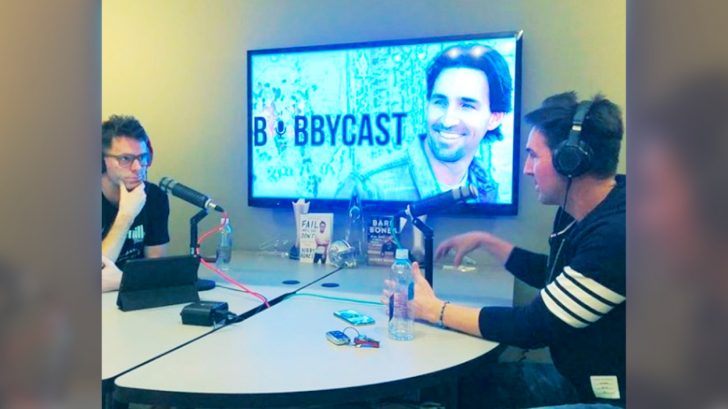 Jake Owen Devotes Himself To Daughter

If you follow Jake Owen on social media, it probably didn’t take long for you to realize just how much he loves spending time with his daughter, Pearl.

With Father’s Day this Sunday, it’s pretty sweet walking into these Baseball Stadium shows with Pearl on my shoulders. ?: @matthewpaskert

Olive Pearl Owen was born on November 22, 2012 to Jake and his then-wife, Lacey Buchanan. The couple split in 2015, and Pearl went to live with Lacey when she moved to Florida.

In a 2016 interview with People, Jake explained just how hard it was on him to have to come to terms with the fact that his little girl didn’t live with him any more.

“And [when] the weekend’s over and going home to what was even ten times better than those feelings that I get on stage, which was walking in the front door and hearing a little girl go, ‘Daddy!’ and hearing her footsteps run.”

Thankfully for both Pearl and Jake, the two still get the chance to spend quite a bit of time together, and he visits her in Florida whenever he can.

Another One On The Way

But Jake’s house won’t be without the sound of pitter-pattering little feet for much longer.

Over the Thanksgiving holiday, Jake and his girlfriend, Erica Hartlein, shared with Jake’s family that they are expecting their first child together!

The couple revealed the news during the ABC News special I’m Coming Home. The special followed three celebrities to their hometowns, with Jake and Erica traveling to Vero Beach, Florida to surprise his family with their joyful news.

“This’ll throw you guys for a loop,” Jake said. “(We) haven’t told anyone, but Erica and I will be having a little addition to our Owen family.”

Not longer after the big reveal, Jake dropped some more news when he revealed that his second child will be another little girl.

On the way to Augusta… got my caddie coming with me, and my sweet @williammurraygolf hat and “Just a Trim” golf shirt. Exclusive, only being sold during the @themasters.. Go to williammurraygolf.com to snag yourself some gear while it lasts. ??

It seems that Jake has a habit of dropping baby news during interviews, because he just dished out another secret to famous country radio host Bobby Bones.

The two sat down to chat for Bobby’s podcast, during which Jake spilled the beans on what he and Erica plan to name their new addition. And it turns out her name will match big sister Pearl’s!

I’ve realized when I look at my pics I’ve posted, I’ve been putting up a lot of photos of my little girl. That’s because she’s what makes me proud. This is a platform where we can share “content” with the world, family, friends, and yeah… my fans. My life isn’t just pictures of me strumming a guitar or crowds with lighters in the air. She’s my life, and everything else comes second. That’s why I’m posting this photo. And oh yeah, I love my dog too.

“I haven’t told anyone. I can release it right now if you’d like me to,” Jake said. “Her name’s going to be Paris. Paris Hartley Owen…Paris and Pearl.”

Isn’t that so sweet? You can tell that Jake loves to gush about his little one on the way!

On top of welcoming little Paris later this year, Jake has one more reason to celebrate. His current single, “Down to the Honkytonk” is one of the hottest tracks in country music right now. Go ahead and check it out below.

Congratulations to Jake, Erica, and Pearl on their upcoming new addition. We can’t wait to meet baby Paris!