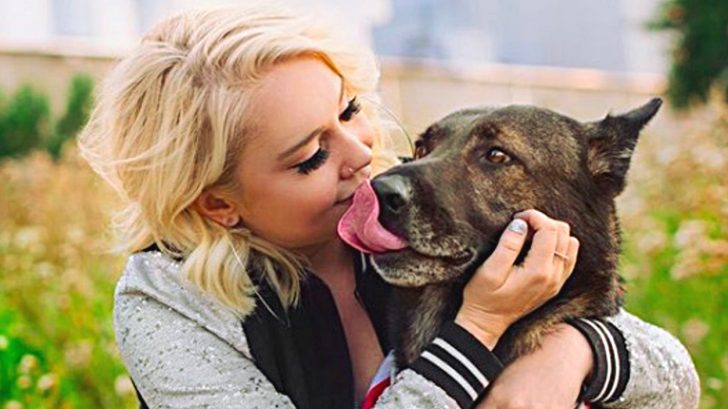 Country music singer RaeLynn was traveling to a conference to speak about her Type 1 diabetes, and of course, brought her service dog, Jazz, along with her. It’s Jazz’s job to detect when RaeLynn’s sugar levels aren’t right, and he’ll alert her if so.

Because of the important role he plays in her life, Jazz travels everywhere RaeLynn goes. He’s been specifically trained for traveling on an airplane, and he knows how to lay under the seat to be as out of the way as possible.

While RaeLynn has traveled on numerous flights with Jazz without any trouble, such was not the case when she flew to the diabetes conference.

On Monday (April 9) RaeLynn took to Twitter, saying she had been “harassed by the flight attendant for the entire flight” because of Jazz.

Worst experience with my service dog for my Type 1 Diabetes today on @americanair flight #4831. Harassed by the flight Attendant for the entire flight. #ada #servicedogs

RaeLynn finally elaborated on the story during an interview with Taste of Country. She said she usually isn’t one to complain, but knew she had to speak up about this experience.

According to RaeLynn, the flight attendant came around to her and told her that Jazz needed to be pushed completely under the seat before they could take off. Considering Jazz’s size and the size of the plane, RaeLynn explained why this was obviously a problem:

Merry Christmas from our Family to yours. We love each and everyone of you so much. ? ?: @katiekauss

“There are certain regulations when it comes to service dogs and each airline handles it differently, but this flight attendant was extremely mean and completely disrespectful,” RaeLynn said. “I have never been asked to put a German Shepherd under a seat this size.”

Happy #nationalpuppyday to my Dolly and Jazz. ✨

Just for reference, here’s what the American Airlines website has to say about its policy regarding service animals:

RaeLynn says that the airline quickly got in touch with her after they heard about the incident.

What do y’all think of this whole ordeal? Let us know!