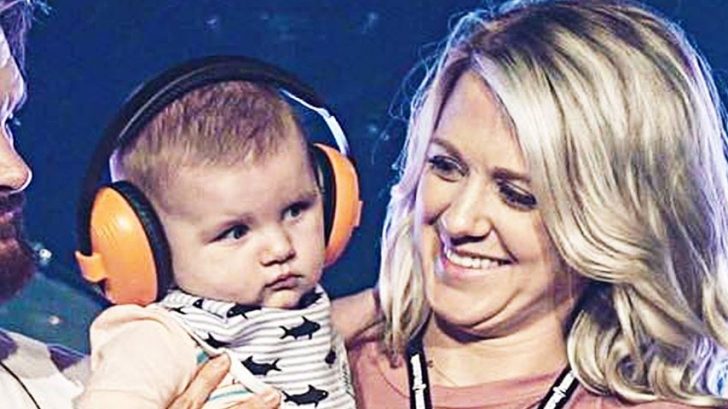 Country singer Dylan Scott never expected to lose his audience to a younger guy with no stage experience, but that’s exactly what happened last weekend during his performance at the Knoxville Civic Center.

It Took Just One Look

Had a special guest on stage this past weekend. No I’m not talking about Blair’s legs. GEEZ! ?

Maybe it was the baby face, or his charm and innocence, but Beckett, the almost-one-year-old son of Scott and wife, Blair, stole the show and captured the hearts of the fans with a simple grin.

The “My Girl” writer/artist lost the crowd as soon as Blair and Beckett joined him on stage, but he didn’t seem to mind too much.

Appearing with Justin Moore, Scott was more than happy to show off his beautiful family. It’s the little things that make us happy, and this little one certainly caused his share of joy in this arena. Of course, the throng was glad to see Blair, but oh, baby, isn’t he adorable?

Now, kick back and take a listen to Scott’s number 1 hit, “My Girl”,  inspired by inspired by his wife, whom he also calls his “Wonder Woman.” It’s plain to see, he adores them both.

What do you think of it?