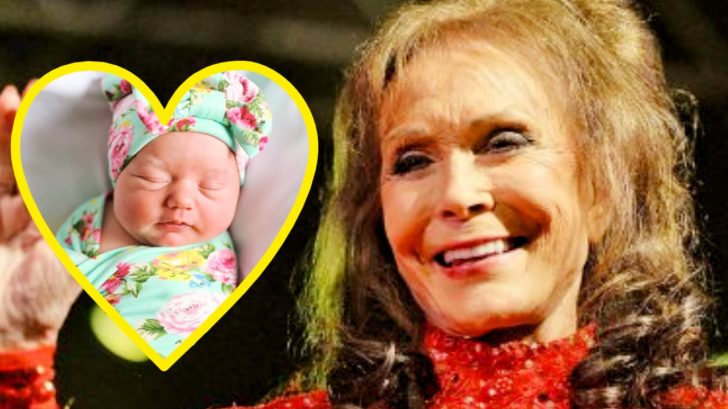 A new member of the country music family just made her debut!

There has been quite a baby boom in country music lately. We’re only six months into the year, and numerous artists have already welcomed new additions, including Carrie Underwood, Jason Aldean, and Jake Owen, to name a few.

More babies are due in the summer and fall, and one summertime baby just arrived!

Back in November 2018, Grammy-nominated country singer Margo Price surprised a Nashville audience by announcing that she and her husband, guitarist Jermey Ives, were expecting their third child in May.

Played Bridgestone Arena tonight and shared some news with the crowd… I have been hiding something behind my guitar for a few months now. My husband and I are expecting a baby this May. ? love you to the moon and back @jivey

The couple previously welcomed twin boys Ezra and Judah in 2010. Sadly, Ezra passed away two weeks after birth due to a heart condition.

After going through such a sad time, Margo and Jeremy found joy after learning they were expecting another baby. Margo frequently shared photos of her baby bump on social media, including a series of pictures she took at the 2019 Grammy Awards (she was nominated for Best New Artist).

So when it was finally time for Baby Ivey to come into the world, fans knew they could count on Margo to share some adorable photos. And she did!

On Wednesday (June 5), Margo took to Instagram to share that she gave birth to a beautiful baby girl the previous day (June 4). Her first daughter!

Margo and Jeremy chose a unique name for their new bundle of joy…Ramona Lynn Ivey. How pretty!

In addition to sharing a photo of little Ramona snuggled up in a floral swaddle, Margo posted an adorable snapshot of Judah meeting his baby sister. The boy can be seen leaning in and giving Ramona a gentle kiss on the cheek.

“We are all so in love with her, especially her big brother Judah Quinn,” Margo wrote.

Aren’t those pictures precious? Welcome to the world Ramona Lynn!

During an interview on the Grammys red carpet, Margo shared that she actually got permission from Loretta Lynn to name her baby after her before she knew the gender. She said “Lynn” would be a perfect name for a boy or a girl.

So after getting Loretta’s permission, Margo said she would “definitely” be using Lynn as part of her baby’s name…and she did!

Congratulations to Margo, Jeremy, and Judah on their new addition!