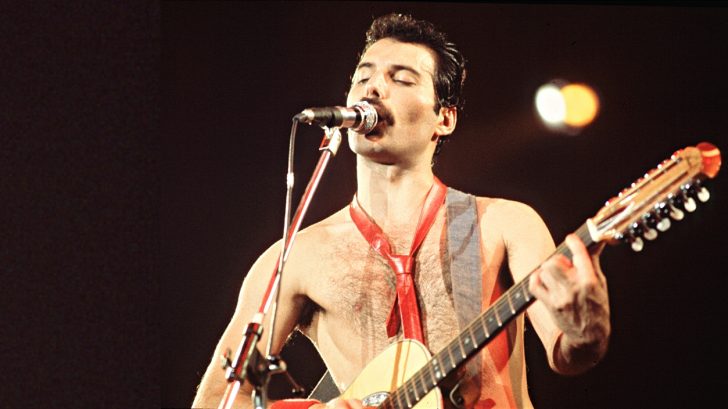 When the world lost Freddie Mercury 27 years ago, we didn’t just lose a musician – we lost an icon. So when country music star, Brett Eldredge, recorded a Queen hit for a Peleton commercial, he just couldn’t get the tune out of his head. He decided to honor the legend with a personal recording of the song in his own home…and it is was magical!

A Legend Taken Too Soon

The lead singer of iconic rock band Queen passed away on November 24, 1991 at the age of 45. Mercury’s passing came only 24 hours after issuing a statement that he had been battling AIDS. He is remembered for his bravery, his enthusiastic stage presence, and musical genius.

While Mercury and Queen produced some of the most fascinating music of their time – one song continues to be covered throughout musical genres, “Crazy Little Thing Called Love.” It was released in 1980 and became Queen’s first number one single on the US Billboard Hot 100. With the fun tune and sweet lyrics, it is no wonder it stayed at the top for four consecutive weeks and was added to their “Greatest Hits” album!

So when fitness and lifestyle brand Peloton asked Eldredge to give a country-fried version of the tune, he jumped on the opportunity to do so. He did his best to keep the tune upbeat and true to the original while adding his own twang to it.

Eldredge fans thought they recognized his voice in the commercials, but weren’t sure – until he released the recoding on his own YouTube page.

He Just Couldn’t Get It Out Of His Head

A few days after recording the song, it was the anniversary of Mercury’s death. Eldredge still couldn’t get the song out of his head, and knowing it was once sung by the great musician before him, he decided to post a short tribute on Twitter.

He told social media, “We lost Freddie Mercury 27 years ago today but his music still lives on…No one can do this song like him, but I just recorded it for a [Peloton] commercial and it’s stuck in my head…thanks for your gift, Freddie.”

With that, he gave an intimate performance of the tune. Standing in his bathroom with a glass of wine – his voice echoed off the walls as his puppy wagged his tail with excitement. You can watch his full recording in the video below and let us know what you think in the comments.

We lost Freddie Mercury 27 years ago today but his music still lives on…No one can do this song like him, but I just recorded it for a @onepeloton commercial and it’s stuck in my head…thanks for your gift Freddie pic.twitter.com/URg4HjmoSv