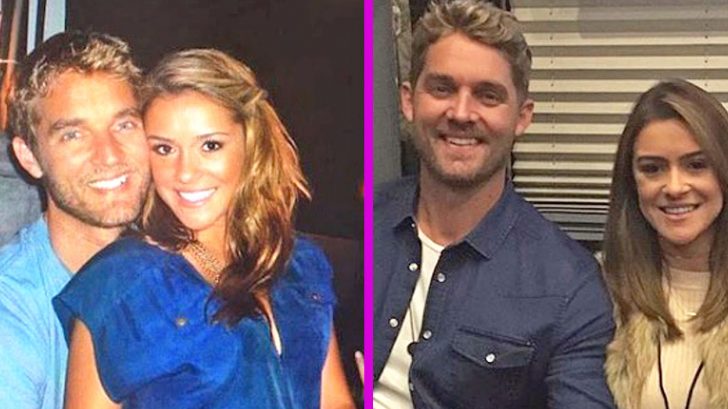 Brett Young‘s debut album is full of love songs. They’re love songs that you’ve surely heard: “Sleep Without You,” “In Case You Didn’t Know, and “Like I Loved You,” just to name a few. Two of those songs were chart-toppers.

Since Young’s album contained a wealth of love songs, fans surely wondered who they were all about. Well, now we know.

As Young revealed during an interview with People, most of the material on his first record was about his longtime love, Taylor Mills. He explained their love story to People, saying they met in Arizona while Mills was attending college at Arizona State University.

The couple dated for over six years before they moved to Los Angeles together. But when Young moved to Nashville to pursue his country music career, the two decided to take a break for a while.

“There was never any bad blood; it was just the wrong time for us,” Young said. “We recently got back in touch and realized that we were both finally in the same place and knew it was right.”

In fact, Young feels so good about his relationship with Mills that he decided it was time to take the next step. As he revealed in his interview with People, he popped the question to Mills in early February!

Young dished on all of the details of his proposal, which he staged at the Graduate Hotel near the University of Mississippi, which is where he went to college. Saying how he figured he and Mills would get married at her alma mater ASU, he decided to make his college the site for his romantic proposal.

“We were able to get a suite with a large covered patio and the hospitality staff at the hotel set it up while we were at dinner, so it was waiting for us when we got back,” Young said, describing the scene of his proposal.

Young popped the question with a jaw-dropping diamond ring, which he custom designed with David M. Kodner of David Kodner Personal Jewelers. The centerpiece of the ring is a stunning, oval-shaped diamond, while the band features Young and Mills’ initials.

“We are both more excited than we can express and looking forward to starting this chapter of our lives together,” the couple told People.

Young shared some photos from their engagement on Instagram, simply writing “SHE SAID YES!!!!” Click the arrow on the side of the photo to see Mills’ ring.

A huge congratulations to Young and Mills on their engagement! We’re so happy for them!