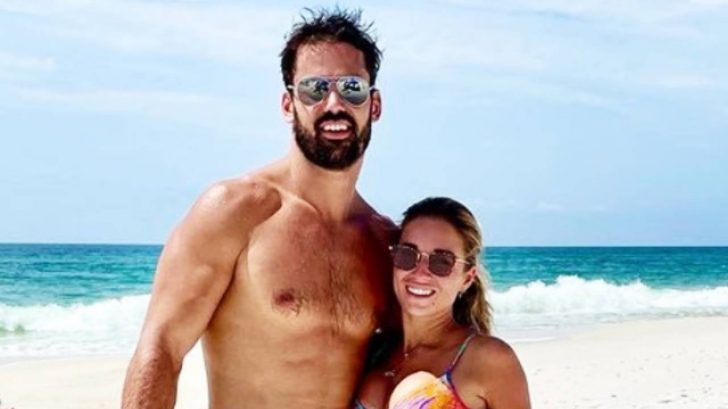 On July 14, country singer Jessie James Decker took to her Instagram stories to address a Reddit thread that “rips” her apart “on a daily basis” over her weight.

Someone sent her the Reddit page, which made her burst into tears.

“It’s pretty awful, and I cannot believe this is still happening in the world — that people are doing this,” she said while crying. “Yes, I have gained weight, 100 percent. I used to obsessed over it. I tried to stay a certain weight, and most recently, over the past year, I decided to just let myself live. I work out, and I eat what I want, and I 100 percent am 10 pounds heavier than I used to be.”

“How can you wake up and live with yourself?” she asked. “I’m shaking because I cannot believe what I’m reading.”

She continued saying, “It is hurtful, and I am such a strong, confident person, and I always have been, but it does hurt my heart a little that people are ripping every little thing about me apart.”

One day later – on July 15 – Decker posted a photo to her Instagram of her rocking a striped bikini, showing off her super toned body. We’re not sure who is body shaming her, but we think she looks incredible!

She captioned the photo with a simple, “#Cheers.” Check out the photo below.

A month after the body shaming incident, Decker released a new single titled “Should Have Known Better.” The entire music video featured her walking down a highway while slowly undressing down to a bathing suit.

To celebrate the music video release, the country singer and her retired NFL player husband, Eric Decker, went on vacation with their three children and posted two photos from their time there.

“Eric wanted to celebrate my new song coming out, so he said let’s go down to the gulf and enjoy some sunshine, family, food and beach time,” she captioned the two photos.

The photos were of Jessie and Eric looking as fit as ever in bathing suits while hanging out on the beach. She clearly isn’t listening to her haters anymore!