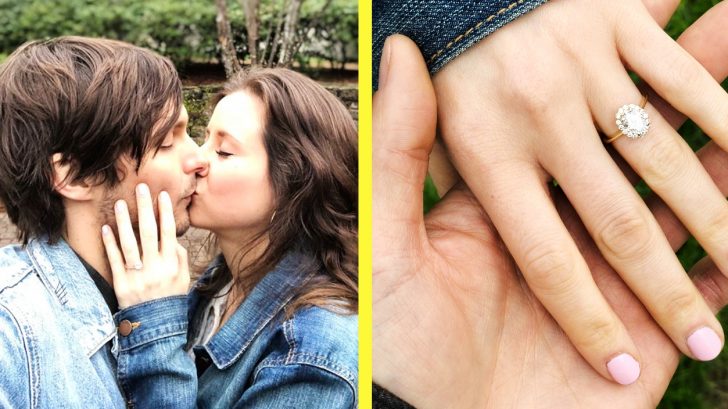 This longtime country music singer/songwriter has officially tied the knot with the woman of his dreams in a beautiful Nashville ceremony that is a true tribute to his country roots!

33-year-old Charlie Worsham and his beloved fiancee exchanged their vows on Saturday, September 22nd, 2018, and truly crafted one of the happiest days of their lives.

the Good Lord has blessed me so much in this life, but never more than when He put this amazing woman in it. we met through her work at the Community Foundation of Middle Tennessee, where she helped to set up the Follow Your Heart Scholarship. first date was at Mickey’s, Pac Man table, darts and all. since then, she’s made every day sweeter. i love you, Kristen Anne Korzenowski, and i am thrilled to spend the rest of my life with you ❤️

Worsham, a Mississippi native, attended Berklee College of Music in Boston and later moved to Nashville to continue pursuing his musical dreams. In 1999, the state of Mississippi recognized him for his outstanding accomplishments in music and his impeccable grades in school.

He and his now-wife, Kristen Korzenowski, first met while working at the Community Foundation of Middle Tennessee and, as Worsham says, “since then, [has] made every day sweeter.”

happy birthday @vincegillofficial – thanks for being awesome ??

This young singer/songwriter has played with big names like Vince Gill, Taylor Swift, Miranda Lambert, and The Time Jumpers – who also happened to be his wedding band!

The newlyweds held their reception at Studio A in the Grand Ole Opry House and even took some time inside the concert hall as a tribute to all the great blessings they’ve had.

“The best part of the day — or my whole life for that matter — was seeing Kristen walk down the aisle,” he explained to People Magazine. “We were so happy walking out of the church we didn’t even hear the organ that was playing loudly enough to rattle the pews!”

The ceremony was held at Christ the King Catholic Church before moving to the Opry House, and from the photos shared by both Worsham and his impressive wedding photographer, it clearly was a moment filled with pure magic!

Worsham’s custom suit was a strong shade of gray paired with his wife’s decadent gown from Sarah Seven. Together they shared this special moment with their treasured family, close friends, and longtime partners in the industry. Even Jeannie Seely and Jenny Gill were there to help ring in this new chapter of their lives.

Putting that gold band on my left finger is the best thing I’ve ever done. Kristen just about made me faint she was so beautiful walking down the aisle. We threw the party we always dreamed of, surrounded by the folks in this world we love the most. Special thanks to the @opry, The Time Jumpers, @ellenthomaseventdesign and @hunterberryphotography for capturing every moment.

Speaking with People, Worsham said that the reception itself held a very special meaning for the newlyweds and their family – calling it a “full-circle moment.”

“Being at the Opry was a full circle moment for us, and given that both our families have a history of listening to the Opry on 650 AM (and doing a little clogging of their own), it was a beautiful celebration of all who came before us that led to this day and moment.”

A song Worsham penned for his mom, called “The Other Side of the Lens” was a beautiful part of this full-circle moment and it was one they danced to during the reception.

“I’m really proud of that one, It’s really personal – but I think it’s relatable,” he said. “It’s just about how she’s always made sure to capture our family memories as they were happening, and I think there’s someone in every family that does that, and for me – it’s my mom.”

We are so happy for these two newlyweds and we are thrilled for their next chapter in life!

Watch some of the performance at their wedding reception below along with his video for “The Other Side of the Lens.”

Had the best time celebrating #worshamowski in the Hee Haw room at the Opry last night! Our friends Kristen and Charlie have the sweetest souls and their wedding was a true reflection of just that! #preciousbabies #lovelove @charlieworsham #mrsworshamneedsinsta