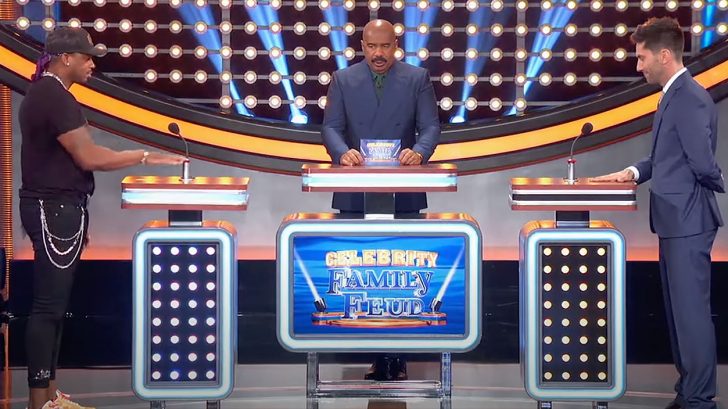 Jimmie Allen, along with his wife, and friends compete against Nev Schulman and his family in an episode of Celebrity Family Feud. In a teaser for the episode, we get to see the two stars asked an awkward question which was met with even more awkward responses from both of them.

In another clip that was uploaded to YouTube, the audience can’t stop laughing when host Steve Harvey asks both men to name something they secretly do in the bathtub. Allen’s answer seems a little strange, but he’s not the only one, since the survey turns over some results in his favor.

The audience, still laughing over Allen’s answer, is completely shocked at Nev’s response. Nev attempts to backtrack as Harvey calls him out on his answer but it’s too late to recover.

Allen’s teammates for the show are his wife Lexi; his friend, actor Dexter Darden; Tyrone Gale, his father-in-law; and another friend, fellow country artist Matt Stell.

Watch the hilarious clip below.