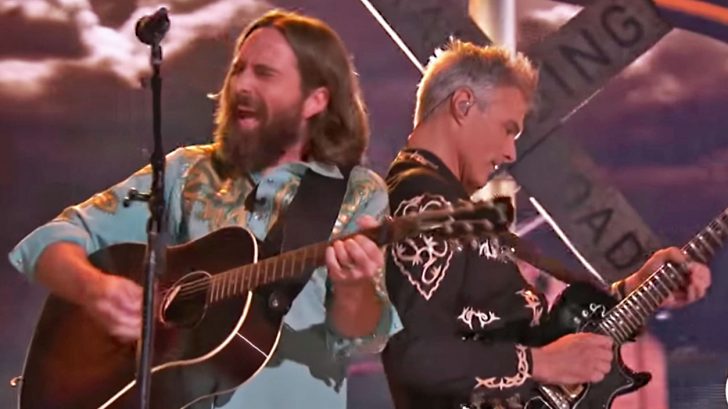 The Nashville-based singing competition, Real Country, is only on the third week since its premiere and things are already heating up. From country classics to modern country hits, we’ve heard it all. As the competition begins to tighten, each contestant brings their own personality to the show. One performance from last night’s performance took us all the way back to 1968.

Each episode, up-and-coming solo artists, duos, and groups perform some of country music’s greatest songs. Each performer will showcase famous traditions, songs, and themes from the genre’s past and present. The weekly competitions will result in one final winner that will be named one of country music’s “next breakout acts.”

From the heart of Nashville, #RealCountryTV is coming to @USA_Network on November 13.

The panel is full of incredible country music artists who have worked hard to get their spot in the limelight. Grammy award-winning superstar Shania Twain makes up one-third of the panel alongside platinum-selling singer-songwriter Jake Owen and country music legend Travis Tritt. Each panelist brings something different and unique to the table for their contestants.

On last night’s episode, It was Tritt‘s pick, Dave Kennedy that illuminated the stage with his performance. Kennedy took a leap of faith by performing country music legend, Merle Haggard’s “Mama Tried.” The hopeful singer stepped out onto the stage barefoot in a turquoise and bejeweled outfit. Guitar in hand, Kennedy began to play Haggard’s famous tune. It wasn’t long before the audience and Tritt were hollering in excitement.

The shaggy-haired singer’s smooth vocals were the perfect match for Haggard’s song. Kennedy has been a singer/songwriter for several years where he finds his inspiration in both old and new country. The husband and father has currently been working on his first full-length solo album. We wish him the best of luck throughout this competition!