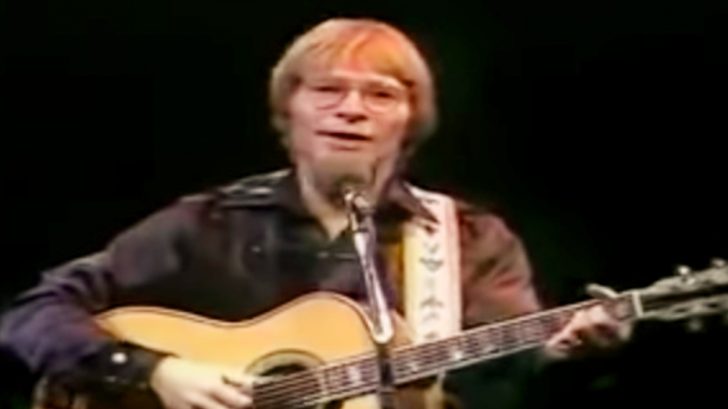 You would be stunned to hear who was originally supposed to sing some of your favorite country songs.

Brad Paisley and Alison Krauss‘ “Whiskey Lullaby” was originally placed on hold by the Dixie Chicks, Miranda Lambert‘s “The House That Built Me” was going to be Blake Shelton‘s, and Carrie Underwood‘s “Jesus, Take the Wheel” was first offered to Sara Evans.

Those are just a few examples. But we’d like to go a bit more in depth when it comes to discussing the history behind another one of country music’s most iconic tracks…”Take Me Home, Country Roads.”

Released in 1971 by John Denver, “Take Me Home, Country Roads” was a smash hit on all fronts. It claimed the second spot on the Hot 100, the third spot on the Adult Contemporary chart, and the 50th on the Hot Country Singles chart.

The latter achievement was especially remarkable, since Denver was known as a folk artist, not a country singer.

The song’s influence reached far beyond the decade in which it was released. In 2014, it was named the official state anthem of West Virginia. Then in 2016, it was one of three songs sampled in the all-star mashup “Forever Country,” which was made to celebrate the CMA Awards‘ 50th anniversary.

On top of that, the song has been covered countless times, and has played in commercials, movies, and much more.

To sum it up, you’d be hard-pressed to find anyone who has never heard “Take Me Home, Country Roads.” And everyone who knows the song knows that it’s Denver’s.

John Was Never Part Of The Early Picture

But if the original two songwriters had their initial wish, Denver’s voice never would have been the one we heard singing of West Virginia being “almost heaven.” It turns out that the song was never meant for him, and was supposed to go to a major country music superstar instead.

Songwriters Bill Danoff and Taffy Nivert were the ones who first started writing “Take Me Home, Country Roads.” It wasn’t a quick write for them, but even before the song was finished they knew who they wanted to sell it to…Johnny Cash.

The two writers were hopeful that “The Man in Black” would pick up the song, and really didn’t have anyone else in mind. That’s how they presented the song to Denver after a show they all played together in late 1970, by telling him it was something they had been writing for Cash over the course of a month.

After the two played “Take Me Home, Country Roads” for Denver, he was blown away. “I flipped,” Denver said, as quoted by his biographer John Collins in John Denver: Mother Nature’s Son.

Making The Switch To John Instead Of Johnny

Denver loved the song so much, he started chipping in with some ideas of his own. He, Danoff, and Nivert worked until six in the morning writing the song.

By then, Danoff and Nivert knew they couldn’t pitch the song to Cash as they had planned. They told Denver it was all his, and he gladly took it on. In fact, he was so passionate about it that he declared it would be featured on his next album.

If Danoff and Nivert had kept the promise they made to themselves to sell “Take Me Home, Country Roads” to Cash, it would have been an entirely different song. His sound was the polar opposite of Denver’s, making us wonder how his deep, bellowing voice would have complemented the lyrics.

And speaking of lyrics, the song never would have existed in its current lyrical form without Denver either, since he chipped in and became the third co-writer.

Although it was not part of Danoff and Nivert’s plan to give their song to Denver, his passion for it proved that he was worthy of recording it. They may have taken a chance on him, but it was a chance that paid off.

Now when people think of Denver, this will almost always be the first song of his to come to mind.