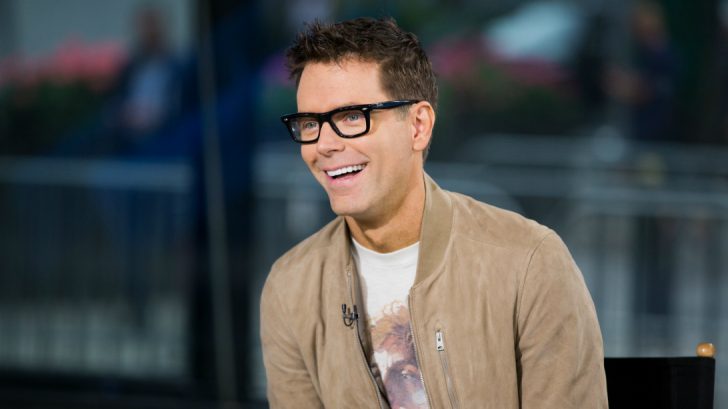 “Go big or go home” could very well be radio host Bobby Bones’ life motto. It’s no accident that the Arkansas native has come out of a poverty stricken childhood to become “The Most Powerful Man in Country Music.”

A competitor on the current season of Dancing With the Stars, Bobby Bones was born to teen parents who dropped out of high school. Prior to his performance during Most Memorable Year week, Bobby revealed that he never had a bedroom growing up and didn’t know his real dad. It became important for Bobby to break the cycle that had been a part of his family history.

“I needed an education. School was important to me to try to break the cycle. When I graduated high school and I put on that cap and gown it was a big deal to me, and it was a big deal to my mom,” Bones recalled. “My mom died in her 40’s from drugs and alcohol abuse. Right before she died she went back and got her GED. She told me it was because I graduated high school and I inspired her to do that.”

Bobby didn’t stop with high school graduation. He went on to graduate college. While in college he officially started his radio career and skyrocketed to success as a deejay then a talk show host.

National Radio Day. Throwing it back 14 years . At KHFI. My first morning show . And many of you have been with me the entire time. And I appreciate you for that … (Shoutout MySpace on that computer.)

Now the host of The Bobby Bones Show, the biggest country music talk show in the country, Bones has proven to be a game changer for many country music hopefuls. The 38-year old has almost single-handedly launched the careers of numerous artists including Chris Janson and Cam, and has performed on stage with some of country’s most successful artists including Garth Brooks, Keith Urban, Darius Rucker and Carrie Underwood.

Now that Bobby Bones has conquered radio, topped the New York Times best-sellers list, and is dominating the Dancing With the Stars dance floor, Bones is setting his sites on politics. In a recent interview with Entertainment Tonight, Bones shared that he will be governor of Arkansas one day.

After checking the title of governor off his to-do list, Bones’ next stop? The White House.

“Hopefully I’ll be president. That’s the plan,” he said. “If you don’t set huge goals for yourself, no one else will, so I have the biggest goals.”

If Bobby’s history is any indication, we’ll be calling him Mr. President in the future. How do you feel about Bobby Bones for President?

Watch Bobby Bones and his pro dance partner Sharna Burgess dance to “A Million Dreams” from The Greatest Showman in the video below.