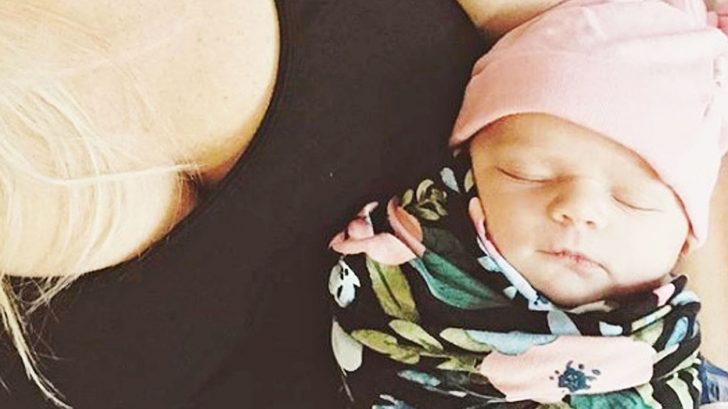 Before long, Kylie learned that she was expecting yet again. Coy’s rep first confirmed their pregnancy with People in November 2017, just a little over a year after Hattie was born. “The whole family is super excited,” said Coy.

At the time, Coy’s rep also confirmed that the Bowles were expecting another daughter. Speaking about how much he enjoyed being a father to Hattie already, Coy said he couldn’t wait for his second daughter to arrive.

Coy and Kylie don’t have to wait any longer, because their baby girl is here! The couple announced her birth on their respective social media accounts, and each of them shared a photo of their new bundle of joy.

In his post, Coy revealed that they decided to name their daughter Millie Mercy Bowles. As he explained in a new interview with People, they chose the somewhat old-fashioned name “Millie” because that was the name of Coy’s grandmother as well as his great aunt. “Kylie and I are also so very pleased that we can continue and celebrate the tradition of our family name Millie,” he said.

It’s clear that Coy’s grandmother Millie was someone special to him. In addition to being a musician, Coy also writes children’s books, and his upcoming book Behind the Little Red Door is all about a secret playroom his grandma built for her grandchildren.

Coy shared that baby Millie was born on Monday (February 12) and that she weighed in at eight pounds on the dot. “Momma and baby are wonderful,” he wrote.

The Bowles family would like to introduce to you the amazing Millie Mercy Bowles. Born 2-12-18 weighing in at 8lbs even. Guaranteed to rock the world. Momma and baby are wonderful.

Kylie also shared a photo with baby Millie, and it’s as precious as can be. The picture shows Millie sleeping peacefully as she snuggles against her mama’s chest. She’s cute as a button!

It’s clear that Coy and Kylie are over the moon with happiness. Their wedding was quite a happy day for them as well, and you can see part of their ceremony in Zac Brown Band’s video for “Sweet Annie.”

We’d like to congratulate Coy, Kylie, and big sister Hattie on the addition of lovely little Millie!