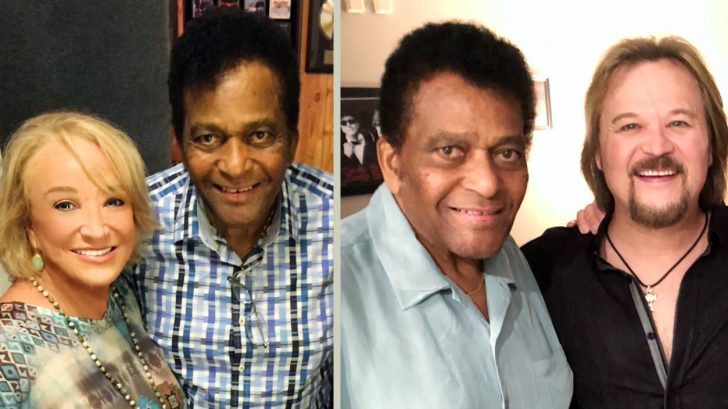 On December 12, Grand Ole Opry Member and Country Music Hall of Famer Charley Pride passed away at the age of 86. The “Kiss an Angel Good Mornin'” singer’s death was confirmed via a statement his team posted to his official Facebook page.

“It is with great sadness that we confirm that Charley Pride passed away this morning, Saturday, December 12, 2020 in Dallas, Texas of complications from Covid-19 at age 86,” the statement read.

Charley’s team said he had been admitted to the hospital in November “with Covid-19 type symptoms” and was sadly “unable to overcome the virus.”

Almost immediately after news broke of Charley’s passing, members of the country music community started to express their grief and pay tribute to him on social media. Posts came pouring in from his peers and from younger artists he helped inspire. Organizations with country music ties, such as the Grand Ole Opry and the CMA, also honored him.

Look at this list to see just a few of the many reactions to Charley’s death.

I’m so heartbroken that one of my dearest and oldest friends, Charley Pride, has passed away. It’s even worse to know that he passed away from COVID-19. What a horrible, horrible virus. Charley, we will always love you. (1/2)

Rest In Peace. My love and thoughts go out to his family and all of his fans. – Dolly (2/2)

I was honored to share the @opry stage with Charley Pride. Afterwards, I walked over to him & introduced myself & he said "you sing good songs." I couldn't stop smiling. A true American hero who brought us together thru his wonderful music, locw & kindness. Rest in peace. pic.twitter.com/EhMyp4AskK

It’s with heavy hearts that we share that our friend Charley Pride has passed away at the age of 86.

Charley played here at the World’s Largest Honky Tonk many times over the years, cementing his mark on the club with his handprints in 1992. Our thoughts are with his loved ones. pic.twitter.com/nGDjdTMWHa

I’m so sad to learn that Charley Pride has passed away at the age of 86. Charley opened doors for so many artists and I was proud to record with him and to know him as my friend. He will be sorely missed, but his music will live on forever. Deepest condolences to his family. pic.twitter.com/rgXppJW2pN

RIP Charlie Pride. Country music lost one of the greats. Prayers for his family. ? pic.twitter.com/kx2eARZBhO

Charley Pride was truly a ground-breaker in country music. He was an amazing singer and an incredible human being. He will be greatly missed.#RIPCharleyPride pic.twitter.com/OouX2gROfn

Very sad news . Good buddy Charley Pride passed from Covid complications. Here’s a pic of us at #cmafest . Here’s a…

We are deeply saddened by the passing of trailblazing legend Charley Pride, who through talent, courage & determination, made history by becoming the genre’s first Black superstar. We send our condolences to his family during this difficult time. https://t.co/CThdBM284k pic.twitter.com/N0XgnQRCjh

The Academy is heartbroken to learn of Charley Pride’s passing. The Country Music Hall Of Fame Member will be remembered not only for his immense talent and long list of #1 hits but also for his tremendous contribution to the Country Music genre as its first Black superstar.(1/2) pic.twitter.com/AfNygrSF10

It’s such a sad day saying so long to #CharleyPride. I’m just so thankful I got to sing a song with him. That’s where this pic was taken. I also narrated his I’ll Be Me documentary. My heart, my love, my soul… everything goes out to Rozene and the entire Pride family.
❤️? pic.twitter.com/gv6RmTV7y4

We lost a great one today. pic.twitter.com/4oeebVsLZU

I’m so sorry to hear of the passing of the great Charley Pride. I’ve known him for many years and have been a fan of his since I was a kid. He was always very kind and supportive of me. He was such a pioneer in country music and left his mark on all of us. Rest In Peace, Charley. pic.twitter.com/1jFY1Ik3jy

This was the night we won our 1st CMA. First person we saw backstage was Charley Pride. A legends legend he was and will always be. His voice and presence was a true gift and the barriers he broke are forever unmatchable. Kiss those angels good morning, Mr. Pride. Rest In Peace. pic.twitter.com/kbysmXPr3p

Mom and I are saddened to hear of the passing of the great Charley Pride. He was a legend and a pioneer who broke down barriers in country music, and his impact on music in general is undeniable. He will be greatly missed. – CD, Jr. #RIPCharleyPride pic.twitter.com/bCpz396qOH

The Country Music Hall of Fame

Rest In peace, Charley Frank Pride, 1934-2020. In the 1960s, he became country music’s first Black superstar, with songs that captivated audiences, broke racial and cultural barriers, and led him to a place in the Country Music Hall of Fame. https://t.co/xGbDLcvcB5

Thank you, Charley, for your contributions to our Opry family- you’ll forever have a place in our hearts and our home.❤️ pic.twitter.com/aqAXntUiO9

I’m very VERY sorry to hear the terrible news about Charley Pride.. Kiss An Angel Good Morning is one of my first memories of country music.

So saddened to hear about the passing of Charley Pride. Prayers for his wife Rozene and his family.

Charley Pride was a hero, and a trailblazer in country music. Everyone who had the pleasure of knowing Charley loved him. He was truly one of the kindest people I've ever met. I am saddened beyond belief. My heart is with Rozene and the family tonight.

One of the most heartwarming tributes came from “Wink” singer Neal McCoy. He covered Charley’s “Kiss an Angel Good Mornin'” during a live soundcheck on Facebook after learning he had passed away.

Watch Neal’s musical tribute to Charley below. As long as people like Neal keep sharing Charley’s music, his legacy will never die.