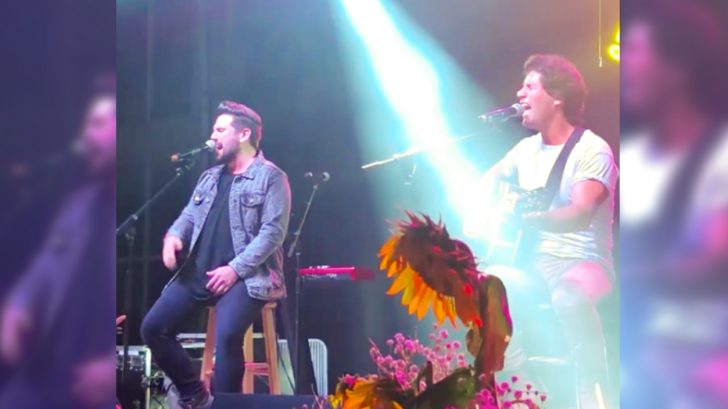 In March 2017, Stephen Barker Liles of country duo Love and Theft learned some troubling news. His mother, Susie, had just been diagnosed with ALS, also known as Lou Gehrig’s disease.

The news was devastating, especially since there is currently no known cure. Wanting to change that, Stephen has devoted the past year to raising awareness about the disease in the hopes that a cure will one day be found.

In December 2017, Stephen and his family put together a benefit concert in Susie’s honor. Called Shine for Susie, the concert took place at the Ryman Auditorium in Nashville, and raised funds for the ALS Association of Tennessee, as well as for Susie’s personal medical expenses.

The event was a huge success, and featured performers such as Florida Georgia Line, Craig Campbell, and of course, Love and Theft. Since the first concert did so well, Stephen and his family decided to host a second one less than a year later.

A Second Shine For Susie Event

Just a few of the many artists who performed at the most recent Shine for Susie concert included Lauren Alaina, Parmalee, and Nashville star Charles Esten. Another artist who was added to the lineup at the last minute was country duo Dan + Shay, known for hit songs such as “Tequila” and “From the Ground Up.”

While all of the artists left the crowd throughly entertained, it was Dan + Shay who perhaps earned the greatest praise from fans after the event. Once you watch some clips of their performance, you’ll understand why.

One Shine for Susie attendee took to Instagram to share a short clip of Dan + Shay singing “Tequila.” The two delivered an intimate, acoustic performance of the song, which brought out the emotions hidden deep within the lyrics.

The fan who shared the clip was clearly impressed with the duo’s performance. She couldn’t help but gush about them, writing, “I’m glad you were part of the show tonight.”

Of course, that fan wasn’t the only attendee who was blown away by Dan + Shay’s performance. Clarksville resident Diane Wood Turner shared a longer video of the duo delivering a smooth-as-honey performance of “From the Ground Up” and surrounded it with heart-shaped clip art. You can catch that clip below.

If you were unable to attend the Shine for Susie concert, there’s still a way you can help Susie in her fight against ALS. All you have to do is visit the official Shine for Susie GoFund Me donation page, which you can find by clicking right here.

Dan & Shay at Shine for Susie