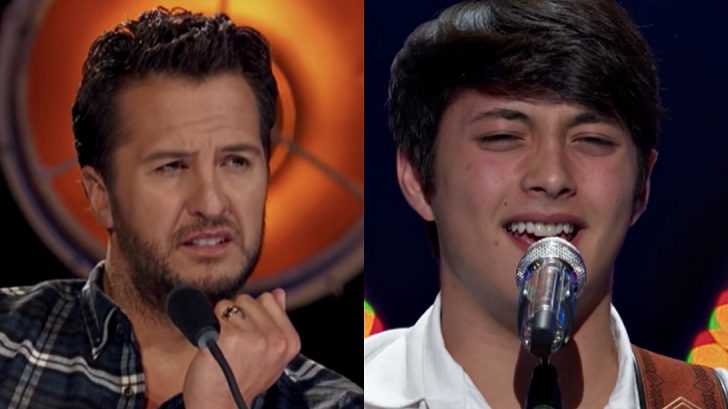 17-year old Laine Hardy is country through and through, a fact that he proved during his American Idol audition just two weeks ago. The quiet and unassuming Louisiana native became gained a massive social media following, undoubtedly all teen girls who fell head-over-heels for Hardy’s sly smile and Beiber-ish hair, after his Idol debut.

The roughly 80,000 faithful followers on Instagram and Facebook combined have been anxiously awaiting Hardy’s return to the Idol stage during Hollywood week, and tonight their wait was over. Hardy, with guitar in hand, struggled as he sang Chris Stapleton’s “Fire Away.” The performance left the judges questioning if it was simply a poor song choice or if Hardy’s voice was giving out.

“Either he ain’t got it or his voice is gone,” Luke Bryan whispered to his fellow judges.

According to a Facebook post made by Laine’s sister, he was battling the flu when his solo audition took place. The strenuous hours the contestants go through during Hollywood week no doubt put a strain on their voices, so we’re thrilled that the judges showed Laine some mercy and allowed him to move on to the next round of competition!

Listen to Laine Hardy sing “Fire Away” in the video below and let us know what you think.