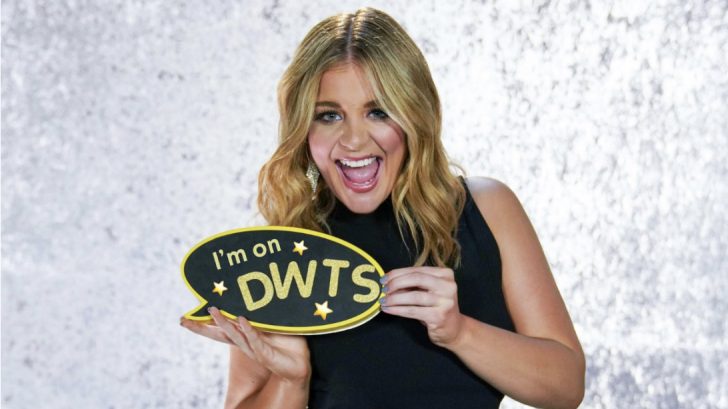 The cast for the 2019 season of Dancing With the Stars has been revealed, and among the lineup is country star Lauren Alaina. The American Idol season 10 runner-up will be competing against former NBA star Lamar Odom, Bachelorette Hannah Brown, actor James Van Der Beek, supermodel Christie Brinkley and more! Unlike seasons past, the celebrities professional dance partners won’t be announced until the show’s premiere on September 16.

Alaina and her cast mates appeared together for the first time on Good Morning America Wednesday (August 21).During the segment, Lauren admitted that she was a little bit starstruck by one of her fellow competitors.

“I wanted to win until she walked in,” Alaina said of Kate Flannery, known for her role as Meredith on NBC’s The Office. “I literally freaked out. The only other person I remember doing that to was Dolly Parton.”

In addition to placing second behind Scotty McCreery on American Idol in 2011, the 24-year-old Georgia-native’s sophomore album, Road Less Traveled, was the top-streamed female country album of 2017. She earned her first Country Airplay No. 1 song with the album’s title track. Her second number one came later that year when she simultaneously topped five Billboard charts with her friend and former classmate Kane Brown on their duet “What Ifs.”

Tune in to ABC on September 16 to watch Lauren Alaina show off her dance moves!