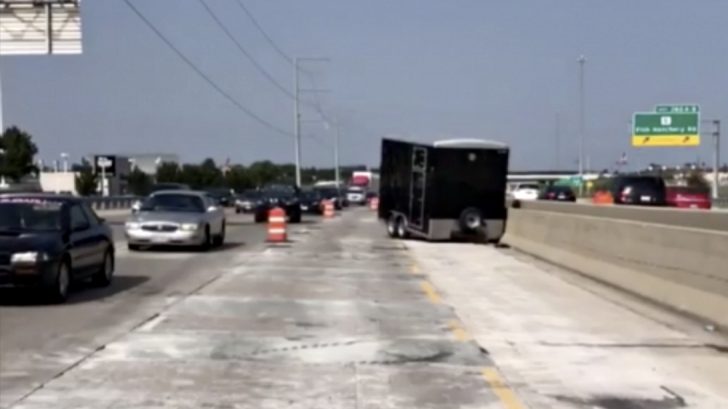 August is one of the busiest months of the year for country artists as they criss-cross the country for tour dates that include state fairs, festivals and more. The intense traveling schedule can be grueling and even dangerous. Saturday morning (August 11), country singer Granger Smith shared the news that one of the tractor-trailers that carries equipment for his tour had crashed. The driver escaped unharmed, but the accident served as a reminder of what the artists and their teams go through to bring us concerts.

‪We’ve had a hell of a morning. No one was hurt, and my driver Charlie climbed out without a scratch. We lost gear, but all that can be replaced. Grateful for my road brothers, and thankful for another day. See you tonight on stage in Baltimore!‬

A few hours after Granger Smith’s news, fellow artist Craig Campbell revealed on his Instagram story that a pull-behind trailer that was attached to his tour bus had come loose while traveling down the interstate. Campbell shared a photo of the trailer that had come to a rest near the median of the freeway and it appeared that the incident had shut down two lanes of traffic. 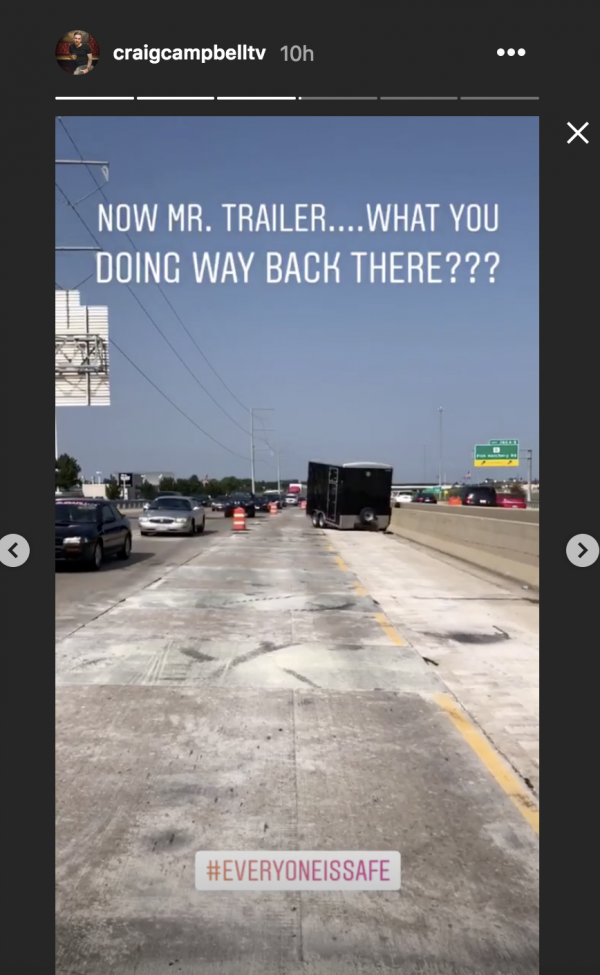 The “Outskirts Of Heaven” singer then shared a brief video, saying “This is what happens when your trailer wants to get to the gig before you do.” He then showed three different places on the side of his bus that had been struck by the rogue trailer, and a fourth strike that appeared to have broken out a passenger side window. 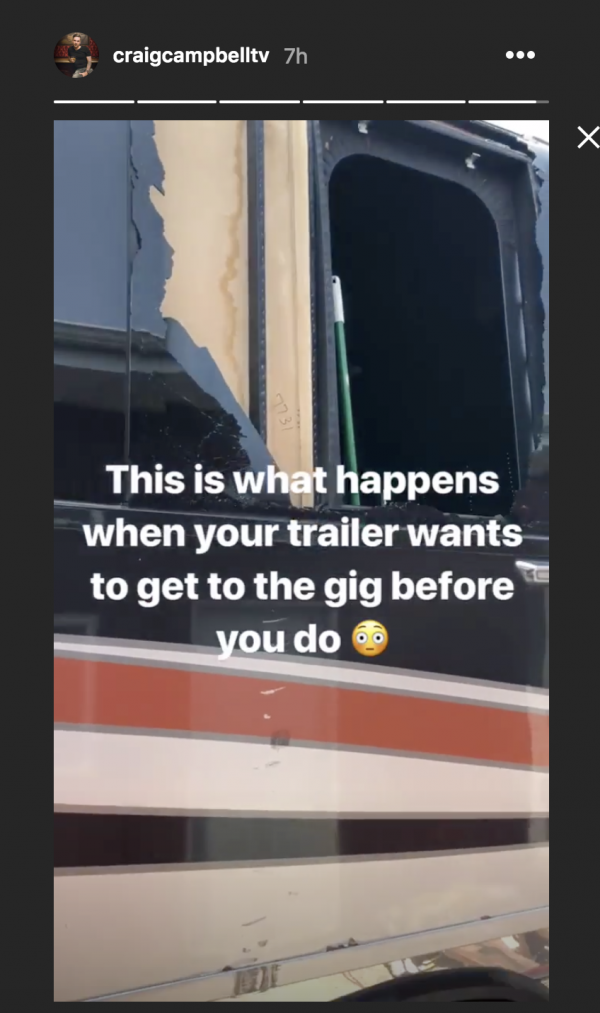 It’s unclear where the accident happened, but Campbell was scheduled to play at the Riverbend RV Resort in Watertown, Wisconsin, Saturday night (August 11).