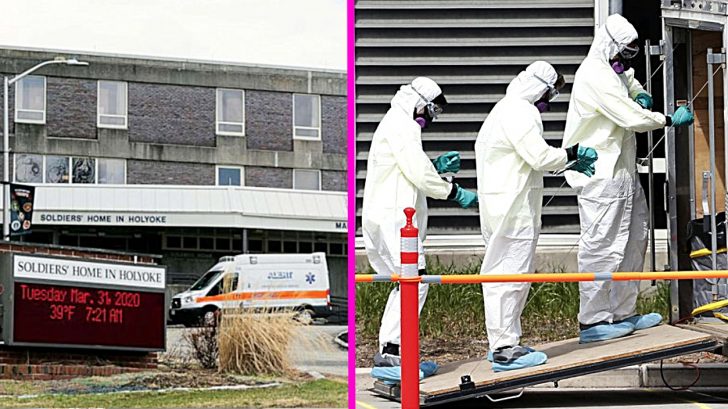 One of the worst cases of the coronavirus outbreak in the United States comes from a nursing home facility located in Massachusetts. After 80 veterans rapidly died at the Holyoke Soldiers’ Home, officials are calling it the “deadliest known outbreak at a long-term care facility in the U.S.”

'Nearly 70 residents sickened with the coronavirus have died at a Massachusetts home for aging veterans, as state and…

There were about 230 veterans living in the nursing home at the end of March. By the end of April, 80 passed away and 43 were relocated to the hospital, leaving only 106 at the home. Brooke Karanovich who works at the Health and Human Services says a new death is reported every day and he believes the worst is not over yet.

“It’s horrific,” Edward Lapointe told FOX News, whose father-in-law lives at the home and fortunatley survived the outbreak. “These guys never had a chance.”

According to Joan Miller, a nurse at the home, the reason why the outbreak happened so fast is because the home was extremely low on staff so the employees were forced to routinely travel to several units per day. Plus many of the workers lacked proper personal protective equipment and that made the virus spread faster.

Nearly 70 residents infected with #coronavirus have died at a #Massachusetts home for ageing veterans, as state and…

Posted by Covidmemory – Online memorial for people died from covid-19 on Tuesday, April 28, 2020

Eventually, an entire unit in the building was forced to close down due to low staff, and that caused several veterans to be moved into the same room. Many of the infected residents ended up getting mixed in with the uninfected.

“Veterans were on top of each other. We didn’t know who was positive and who was negative and then they grouped people together and that really exacerbated it even more,” Joan Miller said to FOX News.“That’s when it really blew up.”

Massachusetts Governor Charlie Baker, Attorney General Maura Healey, and the federal Department of Justice’s Civil Rights Division decided to do an immediate investigation into the situation. As of now, Bennett Walsh, the superintendent of the veterans’ home has been placed on administrative leave.

Posted by The Greatest Generations Foundation on Wednesday, April 29, 2020

He said the state officials falsely claimed they did not know about the dilemma when he says they did. Mr. Walsh defended himself saying the authorities were notified often that the home was in “crisis mode” due to staffing shortages and forced close quarters issues.

Beth Lapointe, whose father was in the nursing home, said his father’s roommate tested positive for COVID-19. Her father then tried to get a test but was denied one because he wasn’t showing any symptoms. He, sadly, died shortly after that.

Beth said family members were kept in the dark about it, “Every day I would ask different people, ‘What’s going on in there?’ And I would never get information.”

Hear More Stories And Details In The Video Below