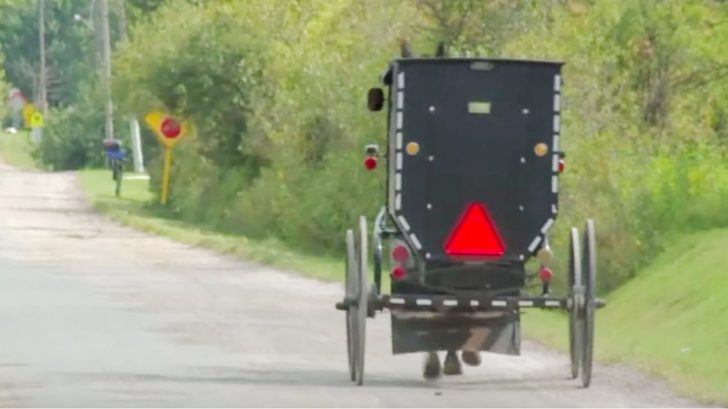 Most Amish folks don’t use electricity or modern means of transportation, so they are left to travel the roads in a buggy pulled by a horse or two. Those who live in parts of the country where there is a prevalent Amish population know how one horse and buggy can cause a traffic jam on your small town main street.

Since Amish buggies typically move slower than the speed limit, cops usually don’t have to worry about pulling them over. However, deputies in Ohio told WKBN they recently attempted to pull over a pair of Amish men in the middle of the night.

The deputies said it was just before 1 AM on September 15 when they tried to pull over an Amish buggy after they noticed the two occupants were drinking alcohol. Upon spotting the cops, the Amish men ran into the nearby woods, and the horse continued trotting down the road with the buggy.

Police in Ohio found two Amish men drinking while driving a horse and buggy equipped with a stereo system. A 12-pack of beer was found on the buggy. https://t.co/tw1f0PRULM

The deputies caught up with the horse, and discovered a 12-pack of Michelob Ultra beer on top of the buggy. They also found several open bottles of alcohol inside.

To top it all off, the deputies discovered a sound system the Amish had installed in the buggy.

The Amish men were never caught, and the buggy was towed. As for the horse, deputies found someone to care for the animal until its owner steps forward to claim it.

You can watch a news report about the incident in the video below.