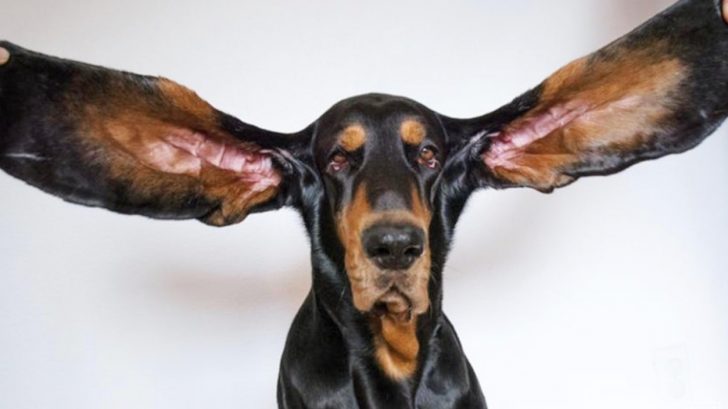 Lou, the black and tan coonhound has officially set the Guinness World Record (GWR) for having the longest ears on a living dog and they measure a lengthly 13.38 inches.

Lou’s owner Paige Olsen says that Lou’s ears are so extraordinarily long that they touch the ground when he walks.

According to the press release by GWR, during the pandemic, Paige decided to measure his ears and realized that they were actually bigger than the current world record holder at the time.

According to a press release, who is also a veterinary technician said, “All black and tan coonhounds have beautiful long ears, some are just longer than others. Their long ears drag on the ground and stir up scents when they are tracking out in the field. It makes them great at following long, very old or ‘cold’ tracks that other breeds of dog may not pick up on.”

Paige said that the dog’s ears do not require any special maintenance due to their length, but during the winter she does wrap them in ear-warmers to keep them from dragging in the snow.

“People always have questions about the breed. Coonhounds are not very common in this region so I get the opportunity to educate a lot of people on the breed,” Paige said. “Of course everyone wants to touch the ears, they’re very easy to fall in love with with just one sighting.”

Watch Footage Of Lou’s Ears Below