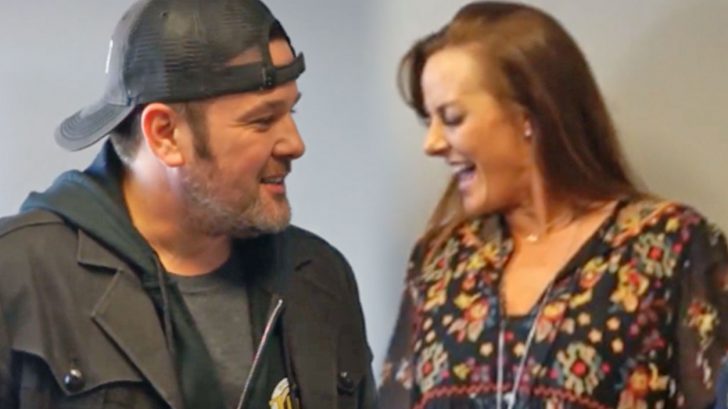 There are hardly any duos in the country music world that are more legendary than Conway Twitty and Loretta Lynn. Together, they released 11 studio albums, charted 12 singles, and even started romance rumors that still haven’t quit, even though Conway passed away almost 25 years ago.

Since Conway’s passing, his legacy has been kept alive by his children and grandchildren including his son Michael, who often performs his songs, and Michael’s son Tre. On occasion, Loretta has even performed with both men!

Tayla started off the performance solo, singing her grandma’s feisty song “Fist City,” then transitioned into the Conway and Loretta duet “You’re The Reason Our Kids Are Ugly,” with Tre. She embodied the same sass Loretta did when performing this song when it first came out.

“You’re The Reason Our Kids Are Ugly” was the B-side to their 1978 single “From Seven Till Ten,” but is a memorable song not only for its comical title, but also because Conway and Loretta’s personalities really shined on the recording.