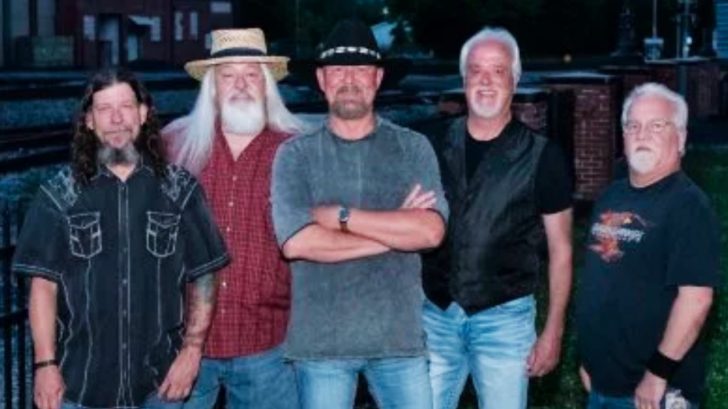 WSIL reported on July 4 that the Du Quoin State Fair has removed Confederate Railroad and Du Quoin Weekly says it’s because of the band’s name.

“A band named Confederate Railroad. In Illinois. The Land of Lincoln. Playing at a state-owned facility. I’ve never heard anyone claim that the group has Confederacy-loving song lyrics or anything,” he wrote, asking his audience to explain if they think having the band perform at an Illinois state fair is appropriate or not.

Fair manager Josh Gross said of the removal of the band, “While every artists has a right to expression, we believe this decision is in the best interest of serving all of the people in our state.”

Many people have come to the band’s defense, including Country Music Hall of Famer Charlie Daniels and Oak Ridge Boys’ Joe Bonsall. See their reactions below.

This political correctness thing is totally out of control
When a fair cancels the Confederate Railroad band because of their name its giving in to facism, plain and simple and our freedom disappears piece by piece.
Sick of it.

I have played the @DuQuoinFair many times over the decades … however, I must say that canceling @ConfederateRR JUST because their name is CONFEDERATE RAILROAD is a crock of crap!!! These are good men singing good songs… God please help us all … pic.twitter.com/EG32tCPbMC

“As many of you know, we were scheduled to perform at the Illinois State Fair in Du Quoin, Illinois on August 27, along with our friends Restless Heart and Shenandoah. We have since been removed from that show by the Illinois Department of Agriculture because of the name of our band. This was very disappointing as we have played this fair before and enjoyed it very much,” frontman Danny Shirley wrote.

He continued thanking everyone for their vocal support of them, but told fans to still go see Restless Heart and Shenandoah. He also said he encouraged the bands to perform, even though both bands’ fans are calling for them to cancel in protest.

Shirley ended the statement by saying, “As I have said many times onstage, I am by no means a saint but, I am a man of faith and I have faith that God will see us through this as well as whatever comes next! Thank you for your support.”

Shenandoah took a screenshot of the press release, and wrote a statement themselves. See what they had to say below.

Confederate Railroad has been extremely wronged by having been booked and then cancelled. The event’s organizers knew…