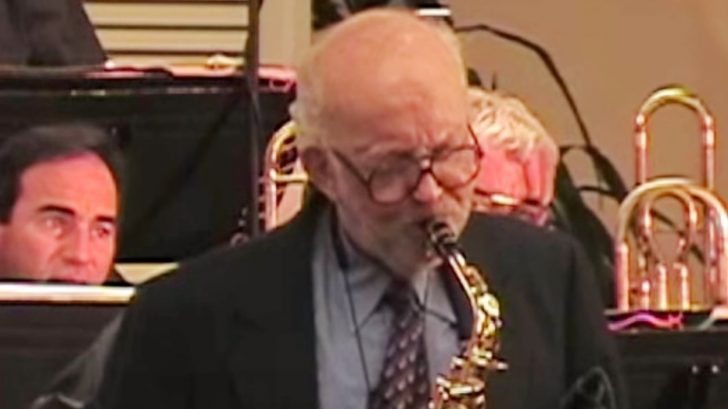 Even if you had never heard Lennie Niehaus’ name before, you’ve likely heard his music.

The accomplished alto saxophonist, arranger, and composer was born with a passion for music in his veins. His father, Père Niehaus, played violin in an orchestra, and his sister was a concert pianist.

Much to his father’s dismay, Niehaus fell in love with the jazzy saxophone after hearing Corky Corcoran play the tenor sax in the 1942 movie The Mole.

“My father was in shock. He said, ‘The saxophone! You play either the piano or violin, not the saxophone. You’ll wind up playing in a house of prostitution.’ Actually, he was right. I did play in small funky clubs later,” Niehaus told JazzWax in 2009.

R.I.P. Lennie Niehaus (1929-2020), well-known in Hollywood for his film scores—but before he turned to movies, Niehaus made his mark as one of the finest alto sax players on the West Coast. A big loss for SoCal music. https://t.co/MyTiwigP2a pic.twitter.com/nYwXXCZkDU

Niehaus went on to study music at Los Angeles City College and earned his degree in music education from Cal State Los Angeles. He then toured with jazz artist Stan Kenton for six months before he was drafted into the Army.

While serving in the Army, Niehaus met a man who would go on to become a lifelong friend and collaborator. His name was Clint Eastwood.

Niehaus and Eastwood met in 1950 at Fort Ord in Monterey, California, where Eastwood served as Niehaus’ swimming instructor. They bonded over their shared love of jazz, and became fast friends.

After being discharged from the Army, Niehaus returned to touring with Kenton’s band for a few years. He started orchestrating for film composer Jerry Fielding in the 1960s, and took on over 70 projects with him, including movies and TV shows.

After Eastwood became a big Hollywood star, Niehaus became one of his most trusted collaborators. He worked on the music for more than two dozen of Eastwood’s movies, including Bird, Pale Rider, Gran Torino, and Flags of Our Fathers.

Lennie Niehaus, the West Coast alto saxophonist, arranger and composer who played with Stan Keaton's band and collaborated with Clint Eastwood on more than two dozen films, has died at 90 https://t.co/Qd9yHOduxT

In addition to working with Eastwood, Niehaus also offered his talents to Pee-wee’s Big Adventure, Back to School, The Two Jakes, and the Showtime movie Lush Life, for which he won an Emmy.

Niehaus established quite a legacy for himself, one that will live on in the aftermath of his passing on Thursday (May 28). He was 90 years old.

The Hollywood Reporter confirmed the news of Niehaus’ death, saying his family announced in a statement he passed away at his daughter’s home in Redlands, California while under hospice care.

Niehaus is survived by his wife, Patricia, his daughter, Susan, his son-in-law, Owen, and his two grandchildren, Josh and Emily. Our hearts go out to them during this sad time.

Honor Niehaus by listening to one of his most notable works, “Claudia’s Theme,” which was included in Eastwood’s 1992 Western film, The Unforgiven. We have included a video of the song below.

May Niehaus rest in peace.