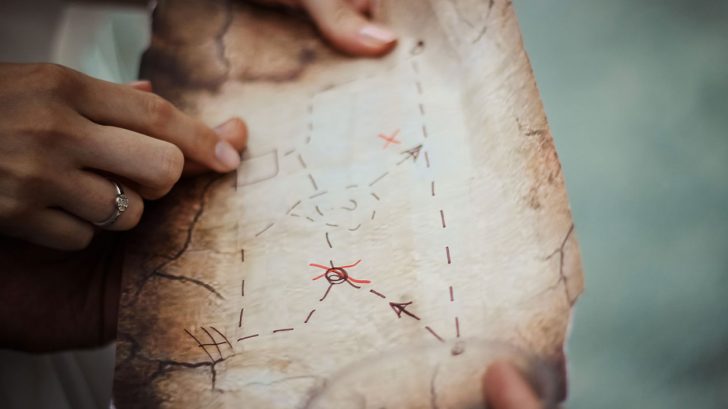 If you’ve ever wanted to hunt for actual treasure, you now have an opportunity to do so. The Blackbeard Treasure is a company that hosts modern-day treasure hunts.

The Blackbeard Treasure Hunt said it will bury a total of $10 million dollars in cash spread out across 10 states, California, Florida, Georgia, Illinois, Michigan, New York, North Carolina, Ohio, Pennsylvania, and Texas. To find it, all you need is a map, which you can buy for $49.99, a smartphone, and a compass. A limited number of maps will be sold and they are available for purchase now. Each state will have $1 million buried across cities and towns.

Posted by The Blackbeard Treasure on Monday, September 7, 2020

Each treasure hunter will be given a digital map to download, as well as a hard copy, along with clues, and riddles—all of which will lead to a treasure chest.

Justin Cohen who is the managing director of The Blackbeard Treasure told PR Newswire,

“With The Blackbeard Treasure hunt, our goal is to get people excited about getting outside, either by themselves or with friends and family, in order to have the adventure of a lifetime, and in the process of having the time of your life, you may just unearth a fortune.”

Starting November 28, 2020, The Blackbeard Treasure will be following and filming select treasure hunters on their journey. They will be featured on an upcoming reality show, titled The Hunt for Blackbeard’s Treasure.

Check out more info in the video below!