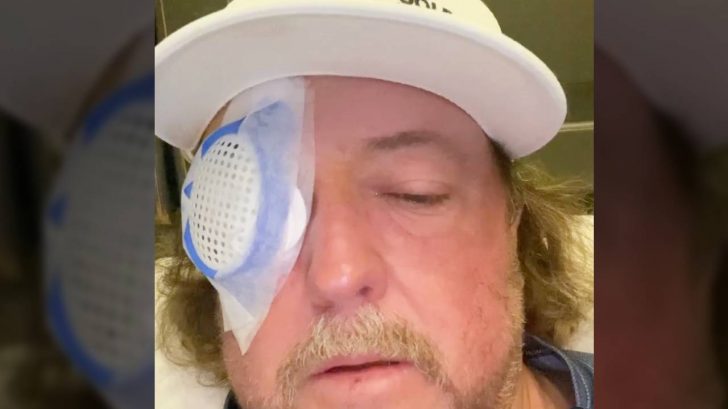 On Tuesday (April 27), Colt Ford took to this Instagram to let his fans know that he was going into surgery. While sitting in the doctor’s waiting room, Ford filmed a video of himself updating his fans on his health.

It turns out, he had to have surgery to remove cancer in his eye.

“I gotta have some surgery this morning on my eye,” he said in the video. “There’s a spot that came up in my eye that is cancer, so they say they’re gonna get it out of there. I should be alright,  God didn’t bring me this far to let me go now. Anyway, I love you guys, wish me luck. God bless y’all, thanks for everything.”

The caption of his video said, “Gonna get this stuff out of my Eye today. Guess the good thing is I can pull off the Pirate look if I have too. Glass Half Full lol. God Bless y’all will keep ya updated.”

Just a few hours later, Ford revealed the surgery had gone well in the form of an Instagram video once again.

“Well got the cancer out they say will see what the next steps are. Thank y’all so much for all the Love,” he captioned the post.

Ford’s right eye was under a bandage, and he still seemed groggy from the surgery.

“Well, I think my eye is still under there, I can’t feel nothin’,” he said. “Luckily with this hair and everything I can pull of the pirate look if I have to. Thanks for all the well wishes and prayers. God bless y’all. I appreciate it. I’ll be right back to work here, no time at all. Thanks guys.”

Our thoughts and prayers are with him as he recovers from surgery.

Ford has released seven albums, five of which have charted in the Top Ten on the Top Country Albums chart with 2012’s Declaration of Independence going number one.