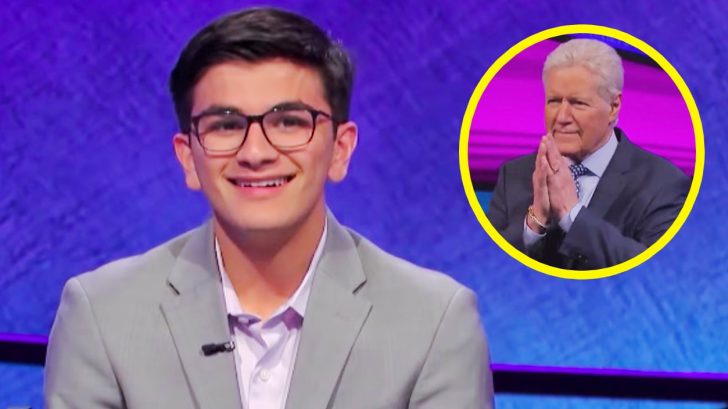 In March, Jeopardy! host Alex Trebek broke the news that he had been diagnosed with stage four pancreatic cancer.

“Now normally the prognosis for this is not very encouraging, but I’m going to fight this,” Trebek said in a video message directed to the public. He added that he was going to continue working as long as he could.

Trebek’s condition seemed to improve quickly. By May he told People that doctors said he was in “near remission.”

A month later, Jeopardy! champion and $2,462,216 winner James Holzhauer chose to honor Trebek by making a donation the Naperville Pancreatic Cancer Research Walk. He donated $1,109.14, with the numbers representing the date of his daughter’s birth.

His donation inspired many others to follow suit and donate to the walk as well.

Since then, Trebek’s health has taken a discouraging turn.

In August, Trebek was happy to announce that he had finished chemotherapy, and all seemed well. But after just a few weeks, his “numbers went sky high,” he said on Good Morning America.

So Trebek started a second round of chemo. Despite the setback, he expressed his determination to continue hosting Jeopardy! as long as he can.

His story inspired yet another Jeopardy! champion to make a donation in his honor, this time to the Knight Cancer Institute.

18-year-old Avi Gupta competed on Jeopardy! over the summer and took home $100,000. The first-year student at Columbia University took to Twitter on November 1 to announce he would donate $10,000 of his winnings to the Knight Cancer Institute.

He said he was making his donation in honor of Trebek and Pancreatic Cancer Awareness Month.

This #PancreaticCancerAwarenessMonth, join us in the fight to #EndCancer. Working with Alex on @Jeopardy was an honor, and I hope the #Jeopardy community will join me in honoring him. #InspiredBy https://t.co/ZOloI3vzwO

“I was inspired to give by Alex Trebek, the host of ‘Jeopardy!’ and someone who I have looked up to my whole life,” Gupta said. “It was a dream come true earlier this year to finally join him on the ‘Jeopardy!’ stage and the ‘Jeopardy!’ teen tournament.”

What a wonderful way to honor Trebek!

You can watch a highlight reel from Gupta’s time on Jeopardy! in the video below. Hats off to him for using part of his winnings to support a cause that means so much to him.