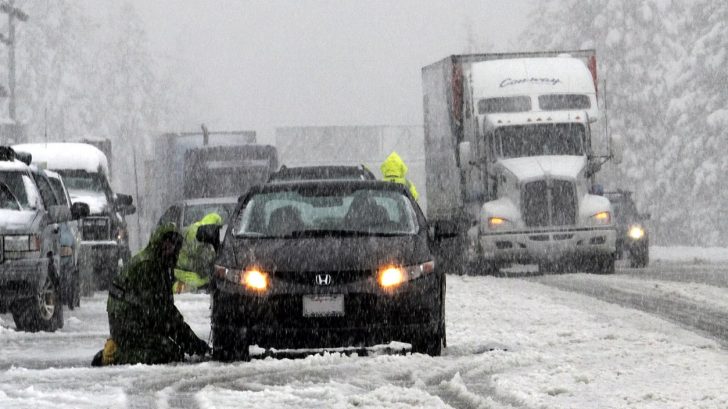 The Farmer’s Almanac has been a publication for 230 years and has had an 80% accuracy rate of predicting the weather for each year and they just released a new prediction. They have announced that the winter season of 2021-2022 will be one of the coldest winters America has experienced in many years.

“Prepare for a Season of Shivers. This winter will be punctuated by positively bone-chilling, below-average temperatures across most of the United States,” the Farmer’s Almanac said.

They also said, the winter will bring above-average snowfall in places like the New England region, the Ohio Vally area, the Deep South, and even the southeast New Mexico.

“Above-average snowfall is also in the forecast along a track from eastern Montana southward through the western halves of the Dakotas and into northeastern Colorado,” the Farmer’s Almanac said.

The Old Farmers Almamac @almanac is calling this winter the “Season of Shivers”. Cold and snowy for parts of Maryland. 👇 Dig it. 🙂❄️🚂 pic.twitter.com/z9v2ydhco2

Temperatures in this mid-country strip are said to stay relatively normal, however, snowfall is expected to be abundant along with several storms predicted to happen throughout winter.

“Meanwhile, most western areas will remain relatively dry, with all but the Pacific Coast itself and portions of the Southwest experiencing the frigid cold predicted for much of the rest of the country,” the Farmer’s Almanac said.

Even Florida is expected to experience a cold, dry winter. Hawaii is the only state that is not expected to receive extreme coldness this winter.