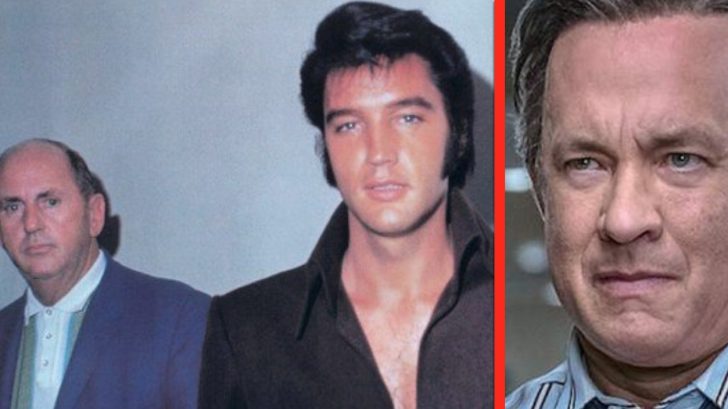 The wife of Elvis Presley’s longtime manager Colonel Tom Parker has finally revealed her own thoughts on the casting of a new biographical film about Presley’s life.

Quite often portrayed as the notorious and perhaps villainous manager behind the global superstar that was Elvis, Colonel Tom’s widow told TMZ that both of the men were heroes in their own right…and she’d like the relationship to be portrayed in a bit better way than in other depictions.

Elvis Presley (with Colonel Tom Parker) at RCA to sign a contract, 1956. pic.twitter.com/LZBkgosRQq

Loanne Parker, the widow of Tom Parker – who passed away in 1997, spoke openly and with a bright smile about the upcoming film by Baz Luhrmann that will tell Elvis’ story in a whole new way. The pick for the casting of her husband is another famous Tom – Tom Hanks! And she’s tickled with the choice.

“If Tom Hanks takes on a role, he makes it a good fit,” Loanne explained in a video. “He will be a good fit for The Colonel. I have trust in his ability.”

She explains that there was an incredible bond and a great deal of trust in their relationship. That’s something, she says, that has been overshadowed by the media’s quick jump to paint Colonel Tom as a villain.

“I have great faith in Tom Hanks’ sincerity, and his integrity,” she said. “I just pray that he wouldn’t do anything less than the truth.”

“There’s fictionalization out there that Colonel took more from Elvis than he should have. He never did,” she said. “Elvis was his only artist. He did everything for him. He did publicity, he did advertising, he did all of that. Financially, it was fair — it was very fair. They were partners.”

We are thrilled for this upcoming movie and can’t wait to find out who they’re picking to play Elvis…but for now, just the news that Tom Hanks will be on board is enough to have us all sorts of excited!

Check out the news clip about the movie below along with Loanne Parker’s video.