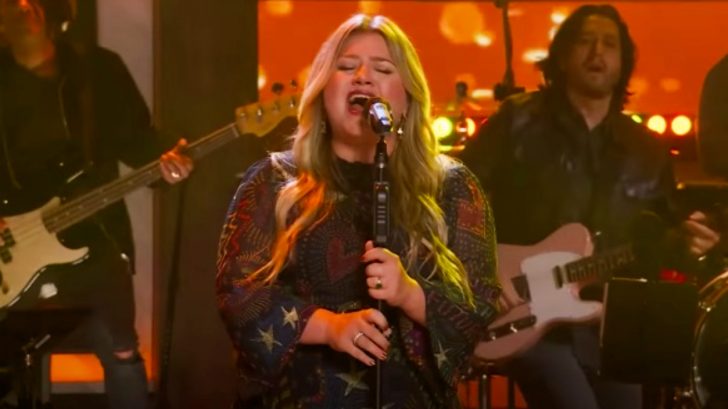 Cody Johnson‘s “‘Til You Can’t” is one of the most powerful country songs released in recent years. That power translated to popularity, making “‘Til You Can’t” a #1 hit on both of Billboard‘s country charts. The song also crossed over to claim the 18th position on the all-genre Billboard Hot 100 chart.

Just a little over a year after its release as a single, “‘Til You Can’t” has been certified 2× Platinum by the RIAA.

“‘Til You Can’t” was also nominated for Single of the Year at the 2022 CMA Awards. The ceremony is this evening, so we’re waiting to see if the song will lead Johnson to another win.

The day before the CMA Awards, Kelly Clarkson offered up her rendition of “‘Til You Can’t” during the “Kellyoke” segment of her talk show, The Kelly Clarkson Show. Her captivating performance earned lots of praise from viewers on YouTube, with some of the comments being:

“Wow this one actually got me teary eyed. What a beautiful song, and only elevated by yet another top notch vocal by Kelly.”

“I never comment, but this is one of my favorite kellyoke’s ever.”

“Wow! I am not surprised one bit but Kelly, that was amazing! This song means so much to me.”

Check out the video below to watch Clarkson sing “‘Til You Can’t.” This is one of our favorite country covers of hers!