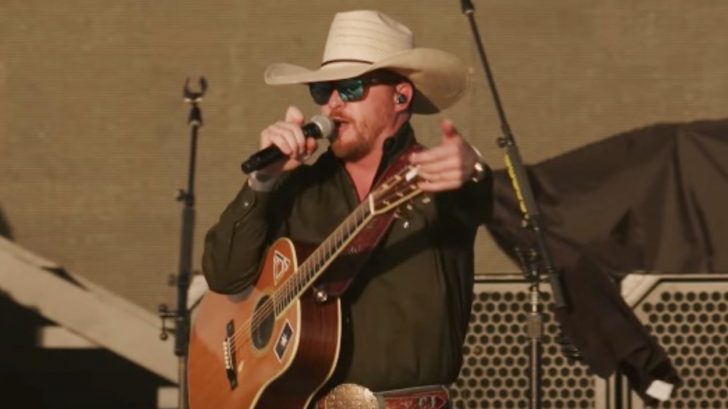 2022 has been an eventful year for Cody Johnson. He won two CMT Music Awards, including the trophy for Male Video of the Year. He also took his song “‘Til You Can’t” to the #1 spot on both the Hot Country Songs and Country Airplay charts.

Johnson has been performing “‘Til You Can’t” and his other hits on his current tour. He has shows booked through the beginning of December, and several of those shows are already sold out.

Unfortunately, those who were looking forward to seeing Johnson perform in the next few days will have to wait a little longer to see him. The singer released a statement on Tuesday (August 9) that he was canceling three of his upcoming shows:

“Regrettably, the Cody Johnson concerts scheduled for this Thursday, Friday & Saturday are unable to go on as originally planned due to illness,” Johnson said.

The concerts he’s referring to are the ones he had scheduled for Lewisburg, West Virginia, Richmond, Virginia, and Johnstown, Pennsylvania. The latter two shows were sold out.

“We understand the inconvenience this causes with travel, plans and with purchased tickets, and we apologize for this unforeseen circumstance. We very much appreciate your understanding and patience, and we will make every attempt to get back to these markets to make up the dates as soon as possible. Thank you for your continued support.“

Johnson’s next performance is scheduled for August 18 in New York City, New York. He’ll be performing as a supporting act for the Zac Brown Band. Hopefully he’s able to make that show!

Have you ever seen Johnson in concert before? If not, check out the video below to see one of his live performances.